by Theo Wildcroft on 13th February 2014 in Blog 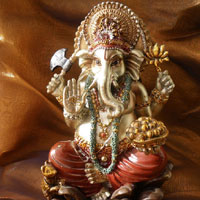 In forty years of life, I can’t remember ever living under a government that I didn’t despise within a few months of them taking office. It’s kind of surreal to think that women before me had to die to procure a vote that seems to make so little difference now. There is no other sphere of life in which we are so consistently disillusioned. Personally, I am a natural born and grown optimist. I volunteer, I give to charity, I believe I cannot help but make a difference in the world, however small, and I want that difference to be positive. If my life is but chaff on the wind, let it be well-meaning chaff at least.

But my political life is different. It all seems so complicated and vitriolic and as if no-one’s explained the real rules to me. I’ve tried voting tactically to try and end up with the least-terrible candidate. I’ve tried not voting and spoiling my ballot to show my frustration with the lack of real choice. I’ve tried protests of various kinds. I have tried paying scant attention to national politics in favour of the small and local versions. So far, none of it has made any perceiveable difference – and I don’t think for a minute I’m any kind of extremist hippy out of step with the mass of the country. I meet a lot of people. Most of them are lovely. On some issues I have protested with over a million other people and still been ignored.

We have been taught somehow that we can change nothing – that big corporations and big politicians and other Important People are the ones who make change. I am increasingly refusing to believe this. I’ve watched most of my generation drift away from political engagement with distate and I’ve been part of that movement. They’re all as bad as each other. Don’t vote, it only encourages them. Certainly don’t vote for small parties and independent candidates – it wastes a vote. Don’t vote in local or European elections – the first has no power and is dominated by local busybodies; the second has too much power and is dominated by bureaucracy.

And here we are, living under one of the most duplicitous, arrogant, breathtakingly incompetent governments I’ve ever known. So that’s how far that tactic has got us. Maybe it’s time to get back into the playground and take the bullies on. A dear friend of mine makes a good case for the fact that history may, in fact, be written by winners, but it is made by the people. Social change is like a flock of birds in flight – there are no leaders, only an overall direction of movement. Each individual may feel they change very little, but together, we are the flow of history happening. At times, when the flow is strong in one direction, change can happen very, very fast. Politics, and politicians, can scheme and charm and put barriers in the way, but they can’t change the way the flock is flying.

And so I’ve come to ask myself: who does it serve that we choose not to engage in a truly heartfelt, passionate political life? Who does it serve to maintain this climate of world-weary cynicism? Who is it whispers in our ears that there’s really no point getting involved? I’m arriving at uncomfortable conclusions, and I’m feeling increasingly conned. Are those voices the ones we really want to be listening to?

So here’s an idea: next time around, let’s vote. Let’s vote in European elections (because they can actually make a difference). Let’s get stuck into local politics (because we are as local as anyone else, and we have friends who can help there too). Let’s vote in national politics – and vote with our hearts and spirits, rather than our cynicism (because you never know what might happen). Let’s ask ourselves who it serves that we treat politics as some sort of soiled, corrupt system that is irretrievably damaged, and what might happen if we treated it instead as something where our voices, and votes, count.

This is a post about inspiration, and so here are a couple of mine: brave women with over-full lives putting themselves in the political arena because they’ve had enough and want to make positive change. I’m proud to call them both friends, but I’m also inspired by their courage; their words and their actions. They just happen to both be deeply involved with the Green Party, which, as far as I can see, are a party that still has some honour and respect for the political process. Maybe you’d like to support them.

Nimue Brown is an author and blogger getting heavily involved with Stroud district politics. Here’s one of the many things she does as a day-job: Hopeless, Maine and here’s her explanation of why this all matters: DruidLife