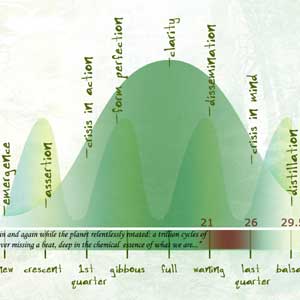 I started running again in the second week of January. This is something I do for pleasure, but it also continues to teach me a lot about my capacity for pushing myself too far. Each morning after a run is chance to check in for aches and stiffness, humbled by the relentless drive my body has developed to run away with itself. So far, I’m doing well this time. I realised that I’ve been out running at least twice, and mostly three times a week, for nine weeks. During that time I’ve also been keeping Phil company as he gets into the habit of swimming regularly again – so I’ve been in the pool once or twice most weeks too. This is on top of a schedule that is already physical – between the teaching itself, and a six times a week personal yoga practice that keeps me safe, sane and able to work. And all that time the rising light and the bubbling of early Spring, and just the occasional lie-in, have all kept me bouncing onwards.

When I woke up on Monday, things were different. My whole world seemed to have slowed to a crawl. There’s a particular kind of altered state of consciousness that I associate with the moments just before and during a monthly bleed – almost as if the world goes on, but if you could just get everything to shush for a minute, something else would bleed through. As if you’ve always got half an ear open for a sound at the edge of hearing. It’s not usually this strong for me, and not usually this early, but I knew with certainty that this had to be a very, very gentle week for me.

And so it has proven so far. When things have got a little pressured or I’ve felt stressed, I can feel waves of PMT grumpiness rising. But I’m blessed to have a workflow that can be pared back at least a little when needed; and filled with gratitude for a spiritual-physical practice that gives me notice of when that is. I have not run or swam once. I’ve had naps and lie-ins. I’ve attempted no work tasks that would take me into unfamilar territory. I’ve tried to stay away from difficult interactions, for the sake of others as well as myself. I’ve been in retreat; treating my deeper self like a shy and wild animal, or a deeply autistic child, that needs gentle routine, softness, and stillness. There have been odd pains and even dizzy spells. I wonder sometimes where the afternoon has gone. And now as I write, my bleed is almost with me – just a day or two late, which given how hard I now know I’ve pushed it, is a blessing.

I’m writing about this because I think we talk so often about the optimistic Springs and furious Summers, and even the comfortable Harvests of our lives and inner rhythms. But there is a sort of taboo around the softly dying back of our Winters. Some of my greatest inspirations these days are peri- and post- menopausal women. There is a spare and self-contained grace that can come with almost perfect awareness of the limits of one’s energy that awes me. The steps of that journey for me are still some years away. But it takes me back to a familiar theme in my understanding of the world.

Our culture is obsessed with the full light of Summer and the endless optimism of Spring. We are encouraged to guard our harvests of all kinds with zeal. We privilege youth (but not the young), growth and the march of progess. We fill our social media with the best of our days and achievements. Yet our culture is faltering. Our lives will not be the same a generation from now. There are real and endemic issues that we, as a species and a planet, need to overcome, and we have little or no concensus on how to begin. The journey ahead is uncertain. And almost every one of these issues concerns an excess of growth – of over-population, over-consumption, and the resulting failing of resources.

I read a good and rare book this week: Stephen Baxter’s ‘Flood‘. [Spoilers ahead!] It’s only competently written in some ways, but it is a clever little story of an unpredicted and inexorable sea level rise that covers the whole world in a generation. Some readers have taken exception to the fact that by the end, they are still unclear about what causes the rise in sea levels. (It’s not climate change.) But something rang true for me in the fact that as the contours of the world are reshaped over and over again, there is not enough time or resources for a fracturing scientific establishment to work out the mechanisms involved. Even if they could, there are fewer and fewer civic authorities to report their findings to. Certainty is a luxury that swiftly fades when civilisations begin to crumble. Finally, as the waters close over Everest’s peak, humanity’s remaining elders are left vainly trying to teach history, culture and science to children who see far more use in learning to catch fish like a dolphin.

How can we begin to talk about endings, failings, depressions, and uncertain futures, with so many blind spots in our cultural, social and spiritual frameworks? Blind optimism and positive thinking is not a substitute for hope. There is a fine, and easily crossed line for all of us between gratitude for one’s own privileged situation; and failing to see outside that bubble. Among the people we know; among our colleagues and aquaintances and neighbours; behind the cheerful smiles, some of us are beginning to really struggle. I am increasingly sensitive to the folk who miss class for a few weeks, because I know some of them are barely coping. So far, I personally know no-one who has trouble feeding their family. But I do see people – professional, educated people who’ve worked all their lives – working longer and longer hours, in worse and worse conditions, until their health begins to fail and they’re juggling three different medications and still dragging themselves onwards through sleepless nights, panic attacks or migraines.

If your worldview and your tribe has no room for people who are struggling: for the poor and the long-term sick; unless as object lessons in how well you’ve done to survive this far, beware. If you truly believe your modest success is a result entirely of your own hard work, and not also influenced by circumstance, privilege and what other people have allowed you to have, be careful. If and when the waters rise over your island, it’ll be that much more of a shock.

May we practice gratitude in the context of our obvious privilege. May we learn to share the little Winters in practice for the bigger ones. May we always remember that we are one organism: one world of a billion, billion human and other than human cells, each of us unique, but depending on each other to ride the waves. And may we cast off the shame around our poverty, our sickness, and even our retreat.