Peace at what price?

This week, I’ve been contemplating the differences between peace as an individual endeavour and as a communal project. My thinking isn’t quite clear, but it’s Thursday, and Thursday is blogging day, and like many writers, I think best sometimes whilst writing, so let’s take that journey to clarity together.

“We swear by peace and love to stand
Heart to heart and hand to hand,
Mark, oh spirits, and hear us now,
Confirming this, our sacred vow.”

So many of our traditional prayers, within yoga and within druidry, end or begin with a call for peace. Standing in circle, affirming my connection to the tribe around me with the words: “We swear by peace and love to stand…” is so familiar to me now, that it is a comfort, a pledge to reconnection with the human and other than human people around me before settling into the ritual ahead. Even as I say it, I feel my feet settle a little more firmly on the earth. And there is such sweetness to acknowledging the inner harmony found at the end of a great yoga session, alone or in community, with the harmonious chant of ‘Shanti, Shanti, Shanti” (Peace, Peace, Peace) together, before emerging back into the mundane world.

I’m coming to a deeper understanding of how precious that jewel-like promise of peace is, and how privileged we are to have it. At the Easter Bhakti Gathering last weekend, we were joined for satsang (spiritual discussion) by Peter Owen Jones, a self-described ‘TV vicar’ of whom I was only dimly aware until that point. Through happy and curious coincidence, we stayed in his frugal but homely holiday let just a couple of days before, but that’s another, and sillier, story. At the Gathering he spoke on simplicity, but also on responsibility. And like many good speakers, he put known facts before me in a way I hadn’t really considered them before. One thing he said was that there is no golden age of peace and security. Until a few short generations ago, for most of us, religious practice was dominated by the petitioning of divine forces for aid in a terrifyingly uncertain world. “Please, may my crops not fail. May the war not take my children. May there be work today to pay the rent”. In response to its environment, then, the religious establishment promised health, security and peace, if not in this world, then in another. “There will be rest. There will be a homecoming. There will, above all, be peace, if you only believe in this god, use these prayers, make these offerings, come to this church.”

We have barely begun to understand the opportunity before us when a significant population of even this small, wealthy part of the world knows peace in the most material sense. When humanity is given the chance to rest, to eat well, to feel safe, only then do we have any significant capacity to consider the bigger projects of social and environmental justice, let alone our personal and group enlightenment or self-realisation. It is just so much harder to contemplate the suffering of others, never mind the infinite universe around you, without a safe space to pass the night.

I have not known true hunger, but I know for a fact my recent ancestors have. Yet it is so alien to me, I cannot really even fear it. I have, sadly, known violence, and despair, and real, deep fear for my own physical safety. And what the presence of such evils in the world demands of us is more than sympathy, guilt and charity. In the grip of despair, the truth is, we all consider acts that our ‘civilised’ self thinks we are above committing. We will sell ourselves, sell our bodies, sell our children, if hungry enough, or threatened enough. This is a universal truth borne out by history. We like to think we would be different. That our morals would be untouched by circumstance. But for the evidence, you don’t have to travel far. Many survivors of familial abuse close to you now could tell you – even as children, we sold our selves for safety. That given the opportunity to fight back, knowing that even by fighting we would not gain any control over what was done to us, but we would instead multiply the pain inflicted, we learnt over time to submit, even to smile, even to lie to ourselves about how bad it was. Those who don’t, most often don’t survive.

“Deep within the still center of my being, may I find peace.
Silently within the quiet of the Grove, may I share peace.
Gently and powerfully, within the greater circle of humankind, may I radiate peace.”

For many of us, this is the hardest thing to recover from: the deepest well of ongoing shame we must empty in order to move on. And so it makes intuitive sense to me that time and again through history, desperate humans have chosen to believe thin lies and fake promises about better lives ahead in order to hand their children or themselves into slavery and prostitution. Others meanwhile will steal and cheat and even kill to eat. We do what we must to survive. There are those who will tell you that society needs economic difference and the (often barely faked) promise of reward for industrious self-regard: looking up to the wealthy only makes the poor more driven to better themselves. Indeed, welfare for the desperate only conditions them not to strive and pulls us all down. But I don’t see that.

What I see is that the larger inequality becomes, the more despair and poverty will dehumanise us all in the end. And my deeper realisation is that it matters to all of us, even those above the incoming tide. Whatever literal or spiritual mountain you climb to escape the chaos and uncertainty below, peace is so much more than an individual endeavour. The world is small and growing smaller. The people you harden you heart to leave behind will return eventually to your door. No-one can live in isolation. We already live in a culture where unspeakable violence to the earth that birthed and holds us is less of a news story than almost any celebrity gossip. If we allow ourselves to accept a communal world view that daily accepts the hunger and despair of others, we are all diminished. We are all less than we could be.

“Water flows over these hands.
May I use them skillfully
to preserve our precious planet.”
— Thich Nhat Hahn

This week the Mail on Sunday tried to turn the tide of British outrage away from the fact that we now have foodbanks making up the shortfall in social welfare in this country, and focus instead on those few that might be ‘abusing’ the system by lying or cheating to the charity’s administrators. They failed in a spectacular manner, and donations to the Trussell Trust actually spiked as a result. For that I am grateful. Because I know that if they succeed, we are another step closer to losing the fragile gains our ancestors made; and another step further from ending our complicity in a global system that did not grant peace, but merely exported our ancestors’ despair to the majority of humanity.

And so the calls and prayers to peace become more than a comfort. Our horizons are widened beyond the fragile peaceful circle of this ritual or that yoga practice. We begin to contemplate the beauty of peace as a hard-won oasis within a harsher reality. We begin to consider how we can seed peace throughout all our encounters, seen and unseen. We imagine seeding peace not just in our immediate inter-relationships, but through the connections inherent in the food we eat and clothes we wear, with those who suffered in creating them, and those who cannot afford them. We risk a little of our own inner equanimity by standing up for the right to peace as a national, global community. Peace as a species, and as a planet. The prayers and calls to peace become a declaration, a call to action. To the recognition that until all beings, in all worlds, know enough peace to feel safe, none of us are free. 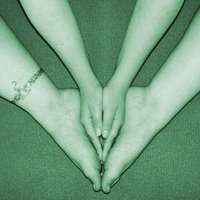