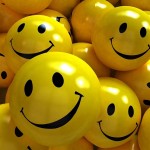 Any system of thought has its traps for the unwary. The biggest one of all is the safe and superior knowledge of how everyone else is going wrong, without turning that critical awareness inwards. Absolute truth and simple answers are as prayers from human hearts weary of the random cruelty and infinite complexity of life. We live on a ball of semi-molten rock hurtling through space at the mercy of forces well beyond our comprehension, let alone our control. We are, even as a planet, never mind as individual beings, tiny sparks lost in infinite space and darkness. Yet we are each able to believe fervently in our own significance. This is a miracle and a wonder. Terry Pratchett once wrote that the Tooth Fairy and other mythical beings we believe in as children are the little lies that train us to believe in the big lies of mercy, justice, love – and in our belief, we make them so. We birth them into a universe of cold reason and unfeeling force, and that is our gift.

I do believe we can change the world by our thoughts. I do believe in the big lies. It is not over-dramatizing to say that those big lies probably saved my own little life. Passing through the varying chaos and torments of my childhood was only possible because something inside refused to give up on the belief that life was supposed to be different, despite all the evidence to the contrary in my tiny orbit. I still believe in unseen forces; in inner worlds and alternate realities. I believe that reality is far stranger than we know, and I talk to the fairies at the bottom of the garden. I believe a clear, heart-felt intention can change our lives, and that magic and miracles exist. I do not, however, believe in the law of attraction. It’s always made me uncomfortable, and now I can articulate why.

We all have an operating system – a set of beliefs about how the universe works that shapes the parameters of how we act and think and speak. It’s vital we retain the humility of knowing that none of us know for sure whether those beliefs hold absolute truth. We work from our best understanding, and hopefully, are always open to refining our understanding given new evidence or a persuasive argument. But the most seductive trap for many of us, is failing to measure our philosophy against its real world impact. I was once taught that one should measure your daily practice not against the poses you can achieve or the subtlety of your breathwork and the depth of your meditation. You should be asking yourself if the practice makes you healthier and happier. Well, I have a second question: does your belief structure and your daily practice make the world a better place for others too?

In the first yoga system I was taught, we were told that the elegantly simple system of principles we were given were special, unique and universal. That was John Friend’s genius – to take a complex system of bio-mechanical alignment and see at its heart a simple way to heal anyone. If you just follow the system (and I did for years), your students will never get injured. You’ll fix frozen shoulders and sciatica, eye strain and chronic fatigue. Towards the end, attending workshops with him and his acolytes was uncomfortably close to faith healing. The system works in 90% of cases – and I have seen amazing recoveries happen in the space of an afternoon. But those of us who gave ten hours or more a week to the practice were discovering chronic, niggling issues starting to recur. Of course, we were told we were misunderstanding the system in some small, crucial way; or failing to implement it perfectly. The problem, on some level, was in us. In that time, I know my students must have been injured. At some point, I must have implied that it was their fault if they weren’t healing. Now I am so much more aware of the incredible capacities of my body to surprise me, to hold wisdom I barely understand, and manifest a complex and nuanced version of that universal template that is unique to each of us. Yes, the broad brushstrokes of the universal method are there, but my joy now is in seeking to understand the infinite detail within it.

How does your belief structure and your daily practice make the world a better place for others? It’s an easy question to dismiss. Of course, everything I do is for the Greater Good. I am a Good Person. I give to charity and think before speaking and smile at bus drivers. Well-meaning Christians once told me that God loved me even though I was going to hell, because they were trying to be good people and save my soul. Some people tell the parents of disabled children that they are working out the karma of past lives, in an attempt to reassure them that their children’s conditions have meaning. It makes me itch inside whenever I hear well-meaning people say: “If only there were more pagans/yogis in the world; the world would be a much better place if everyone meditated, or took the right drugs – if only more people thought like me. And when you are hanging on by your fingernails to three different, badly paid jobs just to feed your children, other people will try and help you by telling you The Secret.

None of us want to believe that we are privileged. It makes us profoundly uncomfortable to realise that we have what we have because of random chance of birth and co-incidences of timing; we want to believe that the world is more ordered than that. As a healthy, slim yogini in my prime, practicing scary arm balances and joint-stretching contortions, I didn’t want to hear that I could fall into the gap and become chronically injured, living in pain. As a newly-qualified yoga teacher, with my students’ wellbeing at least partly in my hands, I wanted to hear that what I taught was totally safe. I wanted them to share in the joy and bliss that I had found. I wanted them to know that they could make a significant difference to their own lives, and not just on the mat.

When some become successful in any way, whilst others do not, a belief system that explains such success through clever thinking and the right prayers holds immense attraction. These kinds of beliefs grow within all faiths and are directly proportional to the amount of social division around them. Wealthy Christians, successful New Age practitioners, prosperous Hindus – all hold the unshakeable belief that they have what they have because they think the right thoughts, make the right prayers and are kind to those less fortunate.

You need to be more clearly aligned with the will of the universe.

You need to surrender your material desire to a higher calling, and then material abundance will be yours anyway.

Trust in the universe. Trust in God. Trust in yourself. Find more faith.

Some faithful people are successful for hidden reasons or random coincidence, and the only common factor they identify with is that faith, absolutely confirmed by their success. The power of positive thinking may well be able to re-order water crystals and change machine outputs and a million other experiments that may or not be true, because I am not enough of a scientist to know whether they were good experiments or not. And I do believe your anecdotal evidence that you could pray your way out of sickness and sadness, I do. But I am just not sure that the whole, infinite, awe-inspiring universe will rewrite itself because I ask it clearly enough for a new job or a happier relationship with my mother. I wish there were fewer spiritual people healing the world through magic and ritual, and far more of them getting their hands dirty. And I know that when you explain the law of attraction to tsunami victims and famine survivors and civil war refugees and damaged children and single mothers at food banks, you just sound monumentally cruel.

So I ask myself this: who profits from the concept of positive thinking? Who does it profit when we elevate our spiritual and philosophical practice out of the mud of social conflict and rational debate?

Truly spiritual people give generously to charity (because they have a lot to give?)

Truly esoteric seekers care not for material wealth (because they already have it?)

Truly aligned practitioners find abundance flows to them effortlessly (because they are white, middle class, healthy, Western; have all the right connections and the education and resources to take advantage of them?)

I’m learning to be wary of my own thought traps. I’ve always had a strong inner critic. As I’ve swum deep in the culture of self-improvement he’s had little productive work to do. It’s taken too long for me to realise that, and for too long I’ve been trying to fix my perfectionism, my self-image and chronic, long-term body dysmorphia through some form or other of Right Thinking. Like an over-active, under-used, allergy-prone immune system, he’s sought balance through dysfunction. Now I’m exercising my critical thinking faculties again, he has something better to do, I hope. He’s looking out the windows and commenting on the scenery again.

Now, when I read ‘elegant and simple’, I hear ‘complex things scare me’.

Now, when I read ‘positive energy’, I hear ‘I divide my self into parts that are good and bad’.

He’s helping me measure my philosophy and practice in a new way:

If I believe myself to be intimately interconnected to all other life on the planet, does my practice truly help us live that connection authentically, or only numb me from the pain of my awareness of the suffering around me?

If I believe that social, political, environmental change is all urgent and imperative, does my practice inspire me to make real change for all, or merely replace it with dreams, or worse, ways of purchasing a better life?

If I believe that enlightenment is a species-wide endeavour at the very least, does my practice help us all know more peace and joy, or is it inaccessible to significant numbers of people?

And if I believe that our social and political reality increasingly reifies and deifies the inequality of resources within a system rigged to favour those who already benefit from it, does my practice challenge and educate people as to their own privilege, or confirm them in it?

I’m working on change, and I’m gathering allies; some of which have helped inspire this post:

The level of rapid evolution that humanity needs to attain within our generation to survive on this miracle of a planet doesn’t only depend upon becoming the change you want to see in the world – it will come when we step up and make it happen.

← Other Voices
Portraits to a purpose →