With great respect and love…

by Theo Wildcroft on 11th September 2014 in Blog, Yoga 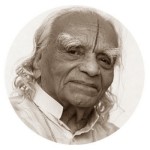 On 20th August, 2014, at the age of 95, B. K. S. Iyengar died. If you have even a passing awareness of the history of modern yoga, you will know how momentous a moment this was, and how monumental an influence he has had on our world.

His story begins more usefully, with his own teacher – Krishnamacharya – who set out deliberately, depending on who you ask, to either reclaim or found a native Indian physical tradition. Among Krishnamacharya’s students we find those who went on to make the biggest impact in developing and broadcasting this modern, postural form of yoga to a world-wide community. Iyengar’s fellow student, Pattabhi Jois, who founded Astanga Yoga, passed away in 2009. Elsewhere, the dissemination of ashram and guru focussed strands of modern yoga can be traced back, in a similar way and in great part, to the life and work of Swami Sivananda and his disciples, including Satyananda, founder of the Bihar School. All these men have left us now.

With many notable and honourable exceptions (many of them women), if you have had contact with or immersion in each of the strands of Iyengar, Astanga, Sivananda and Satyananda yoga, you can justifiably claim to understand the main currents of modern, postural yoga. Between them, these men indirectly changed the lives of hundreds of thousands, if not millions of people. They changed yoga forever. They had a vision, to bring yoga into the mainstream, for its benefits to health and wellbeing. It’s odd now to realise that before them, yoga was not a health discipline at all. Its aim was purely spiritual development, and if anything, the heart of traditional hatha yoga was the secret knowledge of techniques to mortify the flesh in order to gain unusual and obscure esoteric rewards. 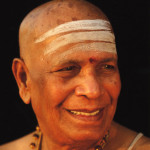 These teachers aren’t the only influences on modern yoga. But they cast an enormous shadow over us today. We benefit from their immense wisdom, even as we inherit, each of us, their idiosyncrasies. In the case of Iyengar, he left us a system of yoga that was precise, detailed, and aligned – a system that divided motion, posture and breath into right and wrong action. The aim is to minimise injury and make the practice accessible. At its best, yoga practiced in this way can manage the symptoms of many chronic conditions and even reduce disability. The goal is bio-mechanical improvement in mobility, stamina, balance founded on respiratory and emotional control. It can be rather…rigid. And like most systems overshadowed by a single founder figure, that rigidity increases with the amount of awe they inspired in their students.

When someone is widely held to be a genius of the field, it becomes ever more difficult for a student to admit that aspects of the practice aren’t working for them. A notable number of Iyengar’s most gifted students felt they needed to leave the Iyengar organisation in order to fully develop vital aspects of the practice they felt were missing. Among them are most of the teachers I cherish today. I have been taught, in great part, by a series of ex-Iyengar teachers. One or two of them were even excommunicated from the Iyengar tradition. But they were all shaped by it. Few of them would have become yoga teachers at all without his influence. 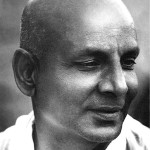 One student of his who was much less well known, but equally cherished and mourned by those who knew him, and many that didn’t, is Mukunda Stiles. When he died, on 18th February 2014, he left no Wikipedia entry, and no obituary in mainstream news or magazines marked his passing. His path was quieter, his teachings perhaps more complex, less mainstream. His was an insistence on working with the whole student – with heart and history as well as body and mind. He introduced aspects of Satyananda practice into his work, uniting very disparate traditions.

The Structural Yoga Therapy practices he developed are less systematised, inspiring each teacher, therapist and student to find their own adaptations to the method. Although I never met Mukunda, I was hoping to; and I mourn the loss of that chance. He too profoundly influenced the way I practice and teach today. More influential than any asana or therapeutic technique of his, what stays with me every day is his translation of an ancient Sanskrit prayer most yogis and yoginis have spoken at some point. From the well-known ‘Om Namah Shivaya’, he gives us ‘With great respect and love I honour my heart, my inner teacher.’ 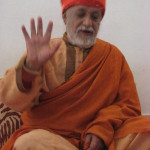 And this is the point. We honour these teachers best by transcending them. Rather than seeing their passing as a cosmic reintegration, because they were chosen by some divine being, let us remember them as mortal. When we do, we remember that they too had issues and blind spots, tendencies and obsessions. This does not make humanity less than divine – as Leonard Cohen sings, there is indeed a crack in everything. It’s how the light gets in. In the imperfection of every being is beauty, humility, and the inter-connectedness of all things. The illusion of perfection in the guru’s lotus feet merely separates us from them. There are no perfect teachers, just as there are no messiahs and no single, benevolent, creator spirit that sees us all and orders the universe for our benefit.

Since I became a yoga teacher, Patabhi Jois has died, Mukunda Stiles has died, and now B.K. S. Iyengar has died, and I honour their life and their passing in each case with reverence, respect and affection. The age of our gurus is ending. Another great light passes from the world. And all we have to replace them with is a hundred, a thousand, a hundred thousand great teachers and innovators and shining lights out there, each with their own approach, their own partial answer to the problems of the human condition. And if you’ve ever shown a friend how to stand on one leg and do a tree pose, one of them is you. 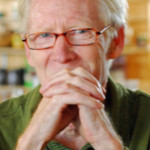 How would our teaching, our practice, be different, if we truly honoured the pulsing star at the heart of each student, each session, each moment on the mat together? What would we do differently if we were not afraid to change our given practices, our traditions and that which is handed down to us in the light of our own experience and insight? How heavy would their weight be if we acknowledged that each movement, each mantra, each gesture, was to be refined, tempered and strengthened by the heat of every instance of its practice? If we remembered that tradition evolves constantly or else it withers and dies? If we remembered that the true teachers are the heart within, and the community surrounding us?

How would our lives be different if we honoured the sacred, fragile, flawed and unique spirit inherent in every student and every teacher; indeed in every atom we breathe? If we knew ourselves for the messy, contradictory, in-process beings that we are, and yet knew that we were not alone? For we come to yoga in search of freedom from pain and suffering and the small issues of our lives; but what we find, in the end, in fleeting moments and laughter between the fear and the arrogance and in the everydayness of our lives, is that connection, that indescribable union with all that is. And this realisation, when we find it, is so powerful, that it is almost impossible to believe that it comes from our everyday selves. Someone else must be responsible. Someone else who knows the way. But the teacher just sets the scene, holds the space and makes an offering to you from their own life. In reality, “we’re all just walking each other home” ~ Ram Dass

What if our religion was each other?
If our practice was our life?
If prayer was our words?
What if the Temple was the Earth?
If forests were our church?
If holy water—the rivers, lakes and oceans?
What if meditation was our relationships?
If the Teacher was life?
If wisdom was self-knowledge?
If love was the center of our being