by Theo Wildcroft on 20th November 2014 in Blog 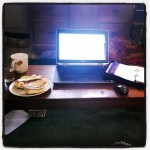 I promised a fortnight ago to share an edited state of play of my doctoral research project. Hold onto your hats. This one has no kitty photos.

Warning: the following text has been written in academic language. Some concepts need to be expressed precisely to be clearly understood. I hope there are enough explanations to illuminate any of the more obscure terms.

The field of Religious Studies is increasingly inter-disciplinary, covering approaches from the humanities, social sciences, artistic and literary criticism and beyond. Historically, however, most research has shown a bias towards considering belief before practice, institutions before individuals, religious ‘leaders’ before practitioners, tradition over innovation, and the orthodox or mainstream as more important than the unusual or unconventional. This bias is being corrected, but the scholarly consideration of lived religion, embodiment and newer or more evidently hybrid religious formations is still limited.

As the product of complex socio-political encounters between India and the rest of the world, in philosophy as much as practice, yoga is an equally complex, at times contradictory religious activity. It is, depending on the boundaries of definition, both ancient and entirely modern; demonstrably Hindu in origin, yet practiced by people who would consider themselves of many different faiths. It is either and at once a physical and mental practice for health and wellbeing; a metaphysical system describing the ongoing creation of the universe; a devotional, ritual practice, and a system of ethics and other social practices for righteous living. As such, scholarly investigations into yoga often begin with a typology of different forms, such as De Michelis’ seminal work dividing modern, international forms of yoga into postural and meditational forms; and linking the former to health and wellbeing, and the latter to devotional practice.

Scholarly investigation into yoga has mostly continued in this generalising, systematising and descriptive vein: looking to ascertain what yoga is before diving more deeply into subtler, more analytic questions. More critically analytical studies have concerned themselves with the history or the efficacy of the practice. Researchers such as Mark Singleton lay out the intricate relationships between legend, hearsay and historical fact in yoga’s development. Supposedly ancient and canonical texts such as Patanjali’s Yoga Sutras are subjected to painstaking reconstructions of their origins. Among others, Gwilym Beckerlegge considers the role of yoga, and particularly yoga gurus in Indian networks of socio-political power. Alongside this, medical and scientific studies into the benefits and risks of movement, posture and breath practices proliferate, to test the widely accepted anecdotal evidence of yoga’s health-giving properties; as well as its more unusual and more miraculous claims.

Some ethnographic, first-hand accounts exist of specific, well-known schools and styles, such as Ashtanga Vinyasa, Sivananda and Iyengar, and these do approach yoga as a lived religious practice, but they rarely stray from the central orthodoxy of the communities studied. Overall, there is remarkably little investigation into yoga as a practice of embodiment. Medical studies consider the body of yoga; religious and ethnographic studies consider the mental, emotional and spiritual life of the practitioner. Considering widespread western cultural associations with yoga as a physical practice for wellbeing, it is odd how rarely has has religious studies research considered what yoga practitioners do on the mat.

Individual yoga schools and styles often teach and transmit a set range of practices, but increasingly, yoga teachers are trained by many schools, and move outside or between different styles; borrowing from each other and from other bodywork practices such as dance and martial arts. Even when yoga classes and taught offerings are conveniently labeled as belonging to a particular style, a wide diversity of practices can be found. As such, no-one, within the communities of yoga or academia, as yet knows the what, how, where, when, and crucially why of the majority of yoga practiced in the West today.

There is no orthodoxy of practice or single philosophical rationale for that practice, and yoga teachers are increasingly aware of this. In fact, like other new religious movements and practices, the yoga community is engaged in an often fraught conversation with its own research. Serious practitioners and teachers tend to a scholarly mindset, reading yogic philosophy and discussing at least the most well-known scientific and historical research. There is a tendency nonetheless for the yoga community to share mostly the more positive studies affirming practice efficacy, and the more scandalous investigations into gurus and schools outside of one’s personal alliances and affiliations. Our guru is always the one true guru.

Whilst much academic writing on yoga has portrayed practitioners as largely ignorant of the roots of what they study, the past decade or more has seen an overlap in scholarly and practitioner encounters. This is a Western or even international community of teachers and serious students at least who are beginning to produce their own interpretations and commentaries on some of the Hindu texts and traditions. Well respected examples include Matthew Remski’s commentary on the Sutras (‘Threads of Yoga’); Douglas Brooks on the Gita (‘Poised for Grace’); as well as interpretations of less well known Indian philosophical threads and texts, particularly Kashmir Shaivism and other Tantric schools. The latest text I would add to this is Uma Dinsmore-Tuli’s ‘Yoni Shakti’ – a fascinating combination of how-to manual and a scholarly, philosophical, historical, feminist treatise on the practice of yoga for women. As such, yoga culture in the last few years has had to respond to: the deconstruction of many of its origin myths; the fall from grace of many of its gurus, and accusations of commercialism and colonialism, even oppression. Amidst the resultant, rising crisis in yogic authority structures, yoga in the West is growing up.

Interestingly in Britain, this change parallels and follows a similar development within British paganism. Within a generation, the given certainties of pagan history and practice have been deconstructed by historians such as Ronald Hutton, and as anthropological and other religious studies researchers have emerged from the pagan community itself, pagan ritual is increasingly constructed and experienced with conscious knowledge of academic research into pagan practice and philosophy. It can be argued for example, that the modest rise in the numbers of pagans self-identifying as animist, rather than, or alongside labels such as Wiccan, Druid or Heathen, is partly due to books on animism written by academics such as Graham Harvey, and amateur scholars such as Emma Restall Orr, and their growing popularity in pagan communities.

This co-evolution is not merely incidental. The religious affinities of yoga practitioners in Britain are shifting, evolving and adaptive. Away from the central orthodoxies at the heart of certain guru-led yogic schools and communities, anecdotal evidence suggests that many yogis and yoginis are nature-focused, unorthodox; either consciously pagan or neo-Tantric, New Age, or, more likely, consider themselves on the edges of a number of religious traditions. And without a common traditional practice of self-care, many pagans use yogic practices to enhance their wellbeing in some way. There are, however, considerable differences between the worldview of most pagans, and the ethical and philosophical underpinnings of orthodox yogic practice.

The yoga that was gifted to the West is thematically concerned with the purification and pollution of the body; with the rational control of that body by the mind in the service of spiritual advancement or enlightenment; and with the social advancement of the individual practitioner according to his (and rarely her) rightful place within civic society. Paganism, on the other hand, is more frequently associated with considerations of the physical world as inherently divine; with mysticism and esotericism; and with the right and responsibility of the individual to self-determination. As such, it has more in common with yoga’s more hidden Tantric and bhaktic roots: of radical self-acceptance, the bliss of connection to the divine in all things, and self-realisation within physical embodiment.

This is not, admittedly, the mainstream of yogic practice or thought. But a significant number of yoga teachers and serious students are considering, developing and finding different ways to practice. My proposed research will consider a formation of yoga practiced in seemingly direct opposition to both: 1) the philosophical orthodoxy of yoga as practice of purity and social advancement; and 2) communities of yoga formed around the authority of a single guru or philosophical system.

As a self-aware, politically and philosophically aware; seeking, questioning and above all practicing group; what this community may be able to tell academia and each other could have much wider implications than their numbers suggest. This is not to say that these practitioners have unparalleled or unquestionable levels of knowledge of either what they do or what context they practice in. In very generalised terms, yoga has developed from historical roots in the mortification of flesh to gain supernatural magic, to the purification of mind, body and spirit for social harmony and divine and material reward. It now appears to be employed by some as a practice of embodiment for politico-social healing emplaced within ecology. The results will have implications for the theorisation of embodiment, ritual, lived religion, animism and identity. I also intend to join and widen the yoga community’s conversation about ethics in yoga.

All of this so far is talking about motivations – the ethics, worldviews, justifications, authority, authenticity and metaphysics that support action. Yet embodiment and the performance of identity and desire is at the heart of the project. How I can record the relationships between practice and motivation; action and doctrine, remains to be seen. This will undoubtedly evolve, but this is the theory so far.

← Cat People
Losing it all →