by Theo Wildcroft on 27th November 2014 in Blog 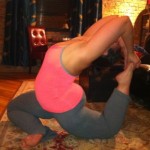 This is not easy reading if you are trying to lose a lot of weight, and, of course, it’s just my best analysis of the situation, having spent a number of years considering and watching and reading articles and so forth. So turn away if you don’t want to hear, but I think an awareness of the evidence is better than ignorance. And hold on til the end of the post, for the really good news is coming, I promise! Notice, I’m calling this evidence – it’s what I have found so far, worldwide, but there’s a lot more research to be done. That given, and with the usual caveats that we all know someone who knows someone who is an exception to the research, because there is a lot of individuality and diversity in human expressions of embodiment. Anyway.

There’s a convincing theory that significant weight loss for the seriously overweight in the long term is very, very nearly impossible. Some people do buck the trend, and there are people who lose a lot of bodyweight, but 5 years on, the percentage of those people that keep it all off is so small it is statistically zero. That bears repeating: of those people that set out to lose a lot of weight, a small number manage to for a short while, but those that have still lost the weight after 5 years are vanishingly rare. I’m aware of such misleading programmes as ‘Biggest Loser’ (even if I’d never watch them), where with absolute external control over every aspect of their lifestyle, a few people manage to lose a large amount of weight. Then they’re sent back home with no personal chef and no personal trainer and I don’t believe there’s a single competitor who had kept the weight off for more than a year or so.

Add to that two things: the rate of loss and the kinds of exercise engaged in for rapid weight loss is often structurally dangerous for already strained joints and prone to injury (running is a prime example); and second, and most importantly: there’s a theory gaining traction that something has permanently changed in your metabolism, and, basically, your body will permanently think you’re starving, forever, if you remain at a significantly smaller bodyweight than your maximum.

That’s why people give in – because it’s a Herculean effort to lose the weight, but then it’s this hard, forever, and they can’t beat that in the same way as they can a half-marathon in 6 months. 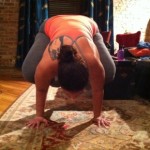 Funnily enough, yoga might be one of the things that has a chance of helping, but it has to be the slow kind, which slows your metabolism, and decreases appetite – that’s the crucial thing, and only just starting to be understood. Or at least researched. For years we thought people got thinner doing yoga because their metabolisms sped up. Not true. Go figure. This might be because yoga decreases the amount of adrenaline and cortisol and other such physical manifestations of stress in your body. It leaves you more of a space to breathe, to think about your choices in the everyday. It puts a gap between your desire and your fulfilment of that desire. When some part of you really wants a chocolate biscuit, another part of you starts to pop up and ask if what you really want instead is an early night – because your mild and semi-permanent levels of exhaustion are what’s really fueling that need for sugar.

So here’s what might be happening – health science’s best guess as a huge generalisation, if you like. People are bouncing down to a low weight, with extreme levels of personal effort that are little short of heroism. They’re not managing to keep it off, because everything in their body is crying out to put much of the weight back on, yet once they hit that target weight, social and interpersonal support dwindles and they’re on their own. This is just the way we are – so much more likely to cheer the person who says ‘I lost 8lbs in three weeks!’ than the one who says ‘I’ve not put the 8lbs I lost last month back on!’

Added to which, injuries in any chosen physical regime start showing up after a year or so, and what you’re left with is people who are disheartened, don’t know how to work through injury, blame themselves, blame their body, and often go back to the comfort patterns and self-insulating through food that have always helped them cope with stress and distress. You see, I’ve been practicing yoga for about a decade, and teaching for a lot of that time. I know that there’s a big difference in commitment between the enthusiastic beginner in their first or second year of practice when positive changes are happening to them every other week; and the veteran who knows how to manage their practice through injury and sickness and stressful times. On the path to reconnecting with your bodily ecology, only the first stage of conscious embodiment is the ‘let’s see what my body can do’ euphoria. There are further stages, and for most of us, the next one is dealing with loss, injury, trauma. I tell my students: you will lose, you will get old, you will die. How you deal with that is the next test of how committed you are to human embodiment. Like most long-term runners, I’ve been quietly nursing a injury for the last 6 months or more – learning how to run with it, and how to *not* run with it and stay fit, etc. The kind of cheerleaders who tell you that you can do anything if you set your mind to it are great for getting you going, but much less helpful when you’re having problems. And we need a fitness and wellness paradigm that isn’t tied to the same insane ‘growth at any cost’ metaphor pervading our whole culture. (More on that another time, I think!) A lot of my work is helping people who broke themselves against that wall of positivity-at-any-price in some way or other. 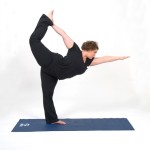 This combination of rapid and large weight loss and gaining it back is bad for people. But it’s a great outcome for the diet and exercise industry. Obesity is a medical condition, but who wants a cure, when repeat customers are so very good for business, and you can blame them for your failure to help them to sustainable health? Because as we all hear and repeat like a mantra, you just need to want it hard enough – you can do anything with enough motivation. And governments know all this, by the way, but they’re just as caught as anyone else in the hope that there’s a simple solution to obesity. And meanwhile, we bounce between the diet/exercise companies and the convenience/comfort food companies, and no-one admits this but the real epidemic is stress, anxiety, and distress, and the desperate ways we each find to handle it on an individual rather than a structural/societal level. This is where I get really angry. Breathe and centre, because a little good news is coming…

There are two known alternatives I can see so far. Weight Watchers, would you believe, are the world leaders in weight loss. They have a successful member average loss of just 5-10% of bodyweight, but they seem to have a handle on the sustainability bit, some of the time, because they keep supporting members long term and the targets are slow and steady. Still not easy, not glamourous, but there you are. I know people with long term weight losses that way. Not the ‘I lost half of my bodyweight’ kind, but more the ‘Everything went downhill after the baby and I went up three dress sizes and stopped wanting sex’ kind.

The other path is slightly more controversial. It turns out that most of the benefits in health come from the lifestyle changes, not the weight loss. What I mean is, sustainable exercise and a health-supporting diet are, in themselves, supportive of massive gains in health and wellbeing. If you can find a way to love and enjoy the way it makes you feel, and negotiate the second stage practice of learning to love your injuries and pain as much as your euphoric highs, this way sustainable health lies. It means putting the scales away, or at least obsessing a lot less over your targets, and finding acceptance with the idea that you will lose as much weight as your body knows how to do, and probably plateau. There is a growing movement of ‘body-positive’ yoga and gym exercise in the US and UK in part inspired by this idea. 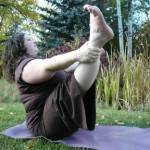 As ever, each body is individual, (and a colony too) and each person will find their own way through. But I see the pain of those whose heroic fight to sustain major weight loss ends in injury and depression, whilst the world around them treats them as weak-willed idiots. Fat-shaming is real, it’s sick and it’s cruel, not only in what it says, but in the holding out of near-impossible goals like they were easy, and the persistent whisper that you’re on your own and it’s All Your Fault.

I hope if you’re still reading, that this helps you understand yourself and those around you better. More people need to start talking about it. I’m aware it won’t make me popular in certain circles. Who knows, I might even lose friends over it. But I think it should be said anyway, and I think that’s kind of part of my job now.

(All images from the wonderful and inspiring Curvy Yogi gallery)