by Theo Wildcroft on 6th November 2014 in Blog 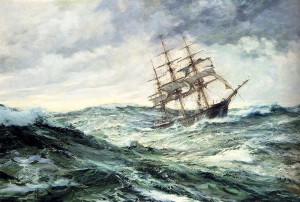 (In which our heroine begins A PhD, nearly drowns in journals, fights the dread DataLoss monster and discovers many new allies…)

I’m just one month into my doctoral research project, and things are going well so far. It is a whole other level of academic work, even compared to a masters’ dissertation, but my supervisors are keeping me calm and helping me to snip and refine my ideas into a workable research project; and the OU are quite good at taking what can be a wobbly, nebulous process and turning it into a measured, structured rate of progress. I have to do an official ‘skills audit’ via the Researcher Development Framework on myself soon, to better understand if I need training on anything from public speaking to using bibliographic software.

It’s very easy to get lost or off-track when learning how to do properly out-there, on-your-own, becoming-an-expert, original research. I’ve had described to me a slightly terrifying timeline where you start out and your supervisors are gently guiding you, because they know lots, and by the end you are the expert, communicating what you have found out into the world and people are responding, but somewhere in the middle is this period in time when you know more than anyone anywhere about this one, tiny aspect of your field. That can be lonely.

Right here, at the beginning of it all, is the first, slightly clumsy literature review. That’s because before I can start talking to the academic world about what I think is new and fascinating and important, I need to study up on the conversation that’s been going on so far. Otherwise you run the risk of doing the academic equivalent of walking into a discussion and saying ‘Hey, it’s a radical idea, but I think same sex couples should be allowed to get married’, when the rest of the group are talking about the lovely time they had at the UK Gay Wedding Show. (Which is a thing now. This makes me happy, even though had this happened 20 years ago, I’d likely be twice divorced by now.) Doctoral research needs to be both original and relevant – so it needs to both say something new and be based on what’s already been said. My risk, like a lot of PhD students, is more that there’s a whole area of things that are under-researched, and I can’t research the whole picture in one project. Graham Harvey, one of my two excellent supervisors is starting to repeat this phrase like a mantra:

I’ve been told that I ‘only’ need to define the field so far, set up the context for my project, and find a gap within it – something overlooked or misunderstood – that my research will address. But all sorts of things seem very fascinating on the edges of the literature search, which is defined by the edges of an as-yet ill-defined research project. So it’s hard to decide definitively what will and will not be useful for the final shape of things. And of course, there’s no clever course director to do it for you by presenting you with a list of recommended reading. I get a little confused when people ask me how ‘my course’ is going, because there is no course – no neatly constructed path to follow.

My main task today is to cull the shortlist of 163 (!) articles and books in my EndNote library that I have found in the last week into a number I can actually read in the next few weeks. At the moment I’m clinging hard to such things as a 2011 article on the religious and spiritual views of third-wave feminists in the UK (because I really want to read the findings); and trying to decide which 3 or 4 articles will give me a definitive overview of recent thinking about embodiment theories and practice when my logical mind keeps insisting I won’t know properly unless I read all of them. Then, final shortlist in hand, I’ll go back to the databases and the catalogues and, hopefully, find copies of everything I’ve decided to read. Hopefully. And this is just to cover two themes within the larger, basic, first attempt literature review; those themes being classifications of yoga and theories of embodiment. I’m already tucking away leads for ritual and animist themes, and other miscellaneous things-that-look-interesting; things-people-I-like-have-written, and things-my-supervisors-and-other-colleagues-think-are-good for later.

One thing that’s totally new to me is bibliographic software. This is a revolution in filing, basically. It wasn’t even mentioned during my MA dissertation, less than a decade ago, and at least one of my supervisors hasn’t gotten round to using it at all yet. Not so long ago, people were encouraged to neatly copy the details of anything they read, with notes and citations, onto an ever-expanding stack of index cards. By the time of my MA, many of us were carefully copying everything into a spreadsheet cross-referenced to notes in Word files. Personally, when they showed us how EndNote worked in an online OU doctoral skills seminar (I told you, they look after us),  I almost had to have a lie down I was feeling so giddy with excitement. It’ll mean nothing to you if either a) you have never had to do academically referenced writing or b) you’re one of those people who enjoys organising things neatly. But for those of us in the middle, it’s a life-saver. Literally, in that if I’d had it for my masters’, I would have saved hours and hours of my life spent painstakingly gathering, organising and formatting reference citations; and hours more digging out and correcting the inevitable mistakes I had spat out along the way. Now, I find the reference in one or other of the dozens of online databases I’m consulting, and mostly just click a little button, and it’s all saved in a library; from which I can click and enter and dynamically update citations into anything I write.

I’ve been using a (trial copy of) EndNote for three days now, whilst I wait to hear if the OU will cover the cost of buying the program, and which budget it comes from if they do. If all else fails, I have a ‘baseline funding’ pot of £500 a year to cover research related costs. It feels like an allowance only for buying nice things, because I can’t claim, for example, for the transport fees to my supervisions, but I could go to a conference or buy software with it. I get half the allowance of a full-time research student, because part-timers are actually exactly half-timers; although some of you have already spotted that we don’t use ‘half’ the software or take ‘half’ of ourselves to conferences. But it’s half a grand back on the just-more-than two grand I handed over in fees, so not to be sneezed at.

Anyway, after three days, I looked at my EndNote library with its definitive 16 entry list of everything-I’ve-read-so-far and the notes I made on each text attached; and the complete provisional 147 entry list of everything-I-might-want-to-read-next, star rated according to how useful I think it might be. That’s when I panicked and press-ganged Phil into immediately setting up a multiple redundancy back-up system: one local folder of EndNote and Scrivener (where I write everything except blog posts) and all the admin and applications and handbooks and other stuff; one automatic sync to Google Drive in the ‘cloud’, and one automatic sync to EndNote online in case the house is hit by a meteor;  and one automatic download back to our shared data drive in the cellar in case Google are hit by a meteor. Phil said:

Geek heroes are better than Greek heroes: discuss. If the house and the Googles both get hit by a meteor at the same time, I’m screwed, but I figure at that point we’ll have bigger things to deal with as a planet. I’m dimly aware that once I start actual research with live human beings, with lots to say and privacy to be cherished, I’ll have to go through the whole thing again, but as a boss level with infinitely more data and added security monsters to defeat. Oh joy.

All in all, what I’ve found so far is that my friend Chris was right when he said:

“Meddle not in the affairs of doctoral students, for they are often sleep deprived and quick to cite references.” [1]

There’s an intensity to what I’m doing that is so far calm, but a bit all-consuming. I work on it about 22 hours a week – over the 18 hours I ‘should’ be doing. On Tuesday I got up, did personal practice, went to teach a one-to-one, picked out carpet, had lunch and taught at the respite centre all evening…as well as just under 5 hours of study. I then half woke up at 1am with a sudden realisation around the development and popularity of ‘Wild Thing‘ as an asana and the way it parallels most of the flows, themes and concerns of modern postural yoga in the last 15 years: the rise and fall of gurus; asana as a spiritual practice; Indian and Western cultural encounter; medicalisation and re-enchantment. I scribbled it all down in the dark so as not to wake the rest of the bed. I think there might be a conference paper or an article in it. It didn’t make for the best night’s sleep. Thank the stars for yoga nidra.

I’m trying to balance out the intensity and the depth of academic discourse with the ability to engage with the communities that this research will hopefully impact. This blog helps me to remember how to talk about what I am doing with the people I’m doing it about. With luck I’ll be able to do that in a way that isn’t too alienating or boring. If, however, I claimed that I wanted to do it withouth annoying anyone, I’d be lying. I watch the storms rage on the Facebook threads of challenging embodiment thinkers I admire within the bodywork community – people like Matthew Remski and Mark Walsh. I watch, and as often as not, I jump right in. Uma Dinsmore-Tuli says clever women are rarely popular, but I think they can still be admired. I certainly admire her.

I do want to challenge what I’m currently calling the communities of pagans-doing-yoga and yogi(ni)s-doing-paganism; and the community of academics-doing-lived-religion even more. We have things to thrash out together. It will get stormy on these seas, and I am, as you know, comfortable in the role of the outlaw and the pirate. I have an enduring memory of myself at 21, walking into lectures on critical theory in the languages faculty of Cambridge, wearing full bike leathers, not writing a single thing down and at the end, raising a hand and politely saying:

With luck, a grin and a fair wind to sail by, this time I might make land with some answers. Next week, I’ll tell you What I Know So Far.