by Theo Wildcroft on 8th January 2015 in Blog 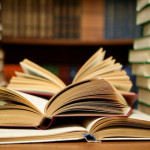 In theory, (if not always in practice,) academic research is a conversation. Everything published refers back to other academic publications, and is reviewed by academic peers and cited in its turn. In an ideal sense, this is a pure and democratic process, where the accepted truth or truths of a thing depend on the considered opinions of many. There are no textbooks, no absolute truths that cannot be argued with. All academic knowledge evolves.

As in most things in life, the reality is rather muddier and more compromised, but this is why every new piece of research begins with a ‘literature review’; why publishing and peer review is such an important part of academic life, and why the often tedious detail of proper referencing techniques is a vital process. You include references to the writings of others in order to show the ‘gap’ in the conversation where your piece fits. You include consistent and accepted methods for labelling those references, so that other scholars can also find and read your sources if they want to. These two things are inescapable.

I find myself at present eye-deep in my own literature review. My mouth is filled with the words of others before I can even speak. And even as I struggle to find my own responses to the ideas of others, I hold immense gratitude for those who have gone before me, or alongside me, to place pieces in the puzzle I am trying to reconstruct.

So this week I wanted to share just a few of the fragments falling into place alongside me. They caught my ear, calling out from the digital library of over seventy books, journal articles, and web pages I have read since October. They cover everything from the neuro-biology of consciousness to the power dynamics of religious instruction. They run a range from densely technical language, to impassioned calls for action, to delicate metaphor. I hope you find inspiration here and there.

“One after another the things used to erect barriers between traditionally separate categories— “life” to differentiate the organic from the inorganic, language or tool-making to separate humans from putatively lower creatures, “rationality” to distinguish mind from brain, and the like—have been either dismantled or made precarious by new research”(LaFleur 1998: 63)

“When we strip the lexical band-aid ‘embodiment’ off the more than 350 year-old wound inflicted by the Cartesian split of mind and body, we find animation, the foundational dimension of the living. Everything living is animated. Flowers turn toward the sun; pill bugs curl into spheres; lambs rise on untried legs, finding their way into patterned coordinations. The phenomenon of movement testifies to animation as the foundational dimension of the living.” (Sheets-Johnstone 2009: 375)

“If scholars of religion are not, as we have been led to believe, mindful thinkers confronting spiritual believers, but bodily performers of attentive relationships, we can produce better understandings and analyses of real-world religioning.” (Harvey 2013: 19)

“statistics are hard to come by and are often unreliable, but it is estimated that in 2004 there were more than 2.5 million practitioners of yoga in Britain alone, a truly exponential increase from previous years.” (Singleton and Byrne 2008: 1)

That is to say, “the Indian tradition” has itself been subject to often radical historical forces, adaptations, mutations, and fragmentation, just like contemporary yoga. To consider yoga in the modern period as primarily divergence from is to oversimplify the vectors of continuity and rupture within Indian yoga traditions themselves and to project an impression that they exist somehow outside of history.” (Singleton and Byrne 2008: 5)”the ‘effectiveness’ of yoga therapy emerges out of a very complex set of meanings that have themselves emerged out of a history of practice wherein there is a high degree of ambivalence about the question of what yoga is and what it should be.” (Alter 2005: 134)

“We must never lose sight of this primacy of the Sakti in the last analysis, of the Divine Woman and Mother in tantrism and in all the movements deriving from it” (Eliade 1969: 203)

“Today it is ignorant to the point of absurdity to suggest, for example, that a facial or structural (or racial!) feature of a person is evidence for a particular emotional characteristic. Yet we have no hesitation in correlating all kinds of character traits with the achievement of posture.” (Remski 2014: 22)

“we need to move beyond nominalism and develop robust critical tools to assess the power, operation, and circulation of religion, not just in academia but also in everyday life” (Vásquez 2011: 325)

“In assuming that our access to the world is transparent – guaranteed by the goodness of God, as Descartes would have it – and that we merely see what is already there in the world, the political significance of specific ‘systems of meanings’ that shape practices of perception remain concealed.” (Cadwallader 2011: 173)

“the stories of our practitioners describe their cultivated sense of empowerment as an inner movement towards a subjective, immanent, sacred and transcendent dimension from which they have the potential to feel more able to resist oppressive or repressive embodied experiences and to enhance their sense of agency” (Leledaki and Brown 2009: 323)

“it is not possible, Merleau-Ponty implied, to be sentient in and insentient world – in a world, that is, which has turned its back on its inhabitants, exposing only its rigid, external surfaces to perceptual scrutiny” (Ingold 2011: 12)

“We have never been separate, unique or alone and it is time to stop deluding ourselves” (Harvey 2006: 212)

“there are only the continuously co-evolving beings of a continuously changing world, some better adapted to their current place than others” (Harvey 2013: 82)

“Anthropologist and philosopher Abram applies Merleau-Ponty’s work to develop a philosophy which understands the body as “a sort of open circuit that completes itself only in things, in others, in the encompassing earth” (Abram 1996: 62).” (Harris 2013: 332-3)

Life is: “not a network of connected points, but a meshwork of interwoven lines” (Ingold 2011: 63)

“I, too, overflow; my desires have invented new desires, my body knows unheard-of songs. Time and again I, too, have felt so full of luminous torrents that I could burst-burst with forms much more beautiful than those which are put up in frames and sold for a stinking fortune. And I, too, said nothing, showed nothing; I didn’t open my mouth, I didn’t repaint my half of the world. I was ashamed. I was afraid, and I swallowed my shame and my fear” (Cixous 1976: 876)

“In a sense, the most troubling aspect of many modern spiritualities is precisely that they are not troubling enough. They promote accommodation to the social, economic and political mores of the day and provide little in terms of a challenge to the status quo or to a lifestyle of self-interest and ubiquitous consumption.” (Carrette and King 2013: 5)

“As Thomas Laqueur has amply demonstrated (19990), until roughly the onset of the Enlightenment Science, male and female bodies were seen as epiphenomenal byproducts of the ontologically and epistemologically primary category of ‘gender’ or social role.” (Orr 2006: 3)

“In summary, the current crisis in women’s health is all about disconnection, and this same experience of disconnection is at the root of our environmental crisis” (Dinsmore-Tuli and Tuli 2013: 570)

“The ideology of spirituality and charity camouflages the political and economic activities of religious and charitable organizations; activities which serve to reproduce exploitative social relations of production and exchange.” (McKean 1996: 265)

”What challenge does that excluded and abjected realm produce to a symbolic hegemony that might force a radical rearticulation of what qualifies as bodies that matter, of ways of living that count as “life”, lives worth protecting, lives worth saving, lives worth grieving?” (Butler 1993: 16)

← Wild Yoga Vinyasa 1: Action/Surrender
All this in just 20 minutes a day →