by Theo Wildcroft on 13th September 2015 in Blog 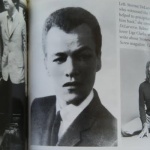 As an animist, I actually believe that all lives do matter. Most humans don’t. What most humans designate as a ‘life’ in practice has a boundary smaller than the field of living or potentially living beings. It doesn’t include wasps, or plankton, let alone the breath of wind over a corn field, or the slow erosion of pebbles on a beach.

All lives matter, not just the lives of people like us. And our existence depends on both the lives and deaths of other beings. Others breathe out, so we may breathe in. Others perish, so we may thrive. When you contemplate such interdependence, it’s easy to see how complex is the network, the fabric of power that enmeshes us all. It becomes obvious how high the stakes are; how vibrant the struggle; how fragile is any position of ease.

Black lives matter. It bears repeating. It deserves a hashtag, a campaign, a storm of tweets and Instagram posts and blogs. Share it on every social media platform you engage with. 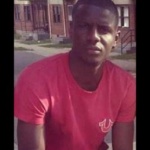 Those that fail to comprehend this, honestly, are those that have never yet had to ask themselves if their own lives matter to the world. Those that are most threatened by the evidence of another’s struggle to thrive, are often those that experience life in relative comfort and ease, because they therefore find even the idea that such a struggle is necessary threatening to their existence. Not everyone has the luxury of such innocence.

And so a failure to understand or support such campaigns as #blacklivesmatter is a damning failure in personal empathy. Supporting such counter-campaigns as #whitelivesmatter and #alllivesmatter doesn’t sustain your own community, it diminishes it, and condemns you. Should we not be appalled rather than offended: that such is the level of oppression of an entire cultural population, that #blacklivesmatter becomes a necessary counterpoint to mainstream culture? 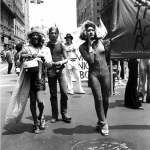 In this precarious but liberal existence I continuously carve for myself, I admit, I cannot fully imagine what it must be like to feel as if your very life, the lives of your family, your heroes, your very communities, matters less than that of others because of its ethnic heritage; because of the colour of your skin. Especially when to you, such physical reminders are the symbols of your culture’s strength and survival against incredible odds.

And yet I can believe it. I hear the truth of it. We live with a legacy of racism so abhorrent that entire nations were considered less than human: inhuman and therefore not quite alive. At least, not quite alive like us. Unimaginable cruelty of white peoples to black ones was justified by a false superiority that labelled black lives as less human, and therefore less able to feel pain, less culturally sophisticated; above all, more animal than white people. This is our common, recent history, and may we be shamed by any attempts to erase it. 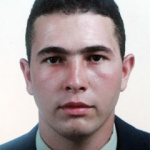 If you think the world has transformed beyond the point where such histories need be remembered, you’re not paying attention to how our media and our police forces dehumanise black youth, or how it erases the violence done to black women, in particular. You’re not paying attention to the animal, inhuman terms used to describe migrants and refugees.

I can comprehend the experience of erasure: being rendered invisible when a majority, or powerful group experience is shown as universal. As a trauma survivor, as a bisexual, as a childless adult, I’ve spent most of my life on the sidelines of mainstream culture, muttering: ‘not me, not me’. I’ve grown used to that discomfort, and to the subtle violence it does to my sense of self and sense of worth. 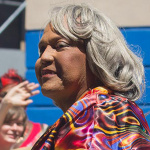 What alarms me is that our transnationalised culture seems to be regressing. If I have to watch another film about a white middle class straight man finding redemption or love or success or just about anything else, whilst the female characters around him look on, in adoring, impossibly groomed physical perfection; and the black ones provide comic relief and cannon fodder; in a world without poverty, disability or sexual diversity, I may just scream from boredom alone.

And now a white, cis-male gay film maker is genuinely confused why anyone could fault him for rewriting the Stonewall story to make the central characters just like him; when the real heroes of that crucial night are mostly trans women of colour. Say their names: Stormé DeLarverie. Marsha P. Johnson. Miss Major Griffin-Gracy. Sylvia Rivera. At their side were bi women like Brenda Howard. And yes, plenty of gay men too – white and black. But how often do we hear a version of our history where queer and black women are not the victims, but the heroes of the day?

May their stories, their lives be remembered far beyond the span of their days. It matters. These histories matter. They matter because without them, how can we hope to understand what black lives; what queer lives; or what any lives not like ours, are like? Do we really want to live with such a washed out, sanitised culture that there is no place for lives that aren’t lived small, and predictable, and neat, and whitewashed? Tell me the story of black lives, of queer lives, of disabled lives, that I may be humbled and enriched in equal measure. When black lives matter, those of us who are not black are not diminished. No qualifying statement is necessary to the idea that #blacklivesmatter. May we learn the dignity to shut up and listen long enough to remember this.

This post is provoked by Dianne Bondy asking white allies to help with the exhausting task of justifying #blacklivesmatter to the ignorant, self-important and malicious alike. It is, however, inspired by those people in my own life who have made a profound and positive impact on me not just because they were good people, but because they were also black people. Specifically, it is for the quiet young British Asian women who unsettled me with uncomfortable accounts of everyday racism and intersecting sexism with dignity and forebearance at school; for the uncountable numbers of neighbours whose cultural and gastronomical diversity I still miss about living in cities; and for the black British, black African and black Asian academics that critically challenged me to the immense benefit of my professional development. Above all, this is for the black women who have been gracious enough to love, and be loved by me – British, Algerian, French. I won’t share your names for privacy reasons, but I can recall the touch of each of your hands in mine. Know that the beauty of your skin was never in question to me. If I have not always been as vocal, as visible an ally to you as I could, it was never for lack of wanting to.