by Theo Wildcroft on 19th November 2015 in Blog 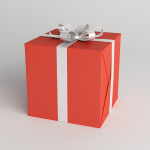 I’ve been having some interesting conversations with my partner recently about representation and culture, and conflict. I’m becoming increasingly unable to tolerate the way mainstream film culture in particular tells stories, and I’m starting to refuse to believe that a film, or a story, or any cultural artefact can be ‘good’ if it can’t have a ring of authenticity to it that speaks to more than the straight, white, middle class male minority. If you see yourself in that description in any way, please, keep reading. There’s an unexpected twist, just like a good thriller. It’s important. We need your help.

To be blunt, mostly I’m just really, really bored with hearing stories of straight white men winning, often at the uncounted cost of other people. Their redemption, their challenges and their identity issues just sound like so much repetitive whining to me. Imagine if every film you watched was not only about Frankfurt, and people from Frankfurt; it was filled with in-jokes only funny to people who lived there, and any character not from Frankfurt was some two-dimensional, xenophobic caricature. That’s what this is starting to feel like: like that regression scene in ‘Being John Malkovich’ where everyone’s wearing his face. Funnily enough, my recurring childhood nightmares often focused on not being heard, and people’s faces not being as they should be.

It’s not just the subject matter. I think it’s because of how the stories of these men are told. Not only are most of the characters also straight white men, but the occasional character who isn’t, especially any woman isn’t even quite real. She’s a cipher, a tool, and a less-than-human prize to be fought over. (And she’s still mostly straight and white, obviously.)

Mostly, to be honest, women don’t talk about this with their male loved ones and friends, because good guys, in my experience, don’t like conflict. The problem is, like the many women who have had to survive a whole lot of abuse of diverse and often harrowing detail, my life has mostly been punctuated with conflict; and I really, really don’t want that to become the titillating side-story when I’m settling in for a little light entertainment. But when I bring it up, I feel like I’m the one with the problem.

I’m starting to talk about it, all the same, because I’m old enough now to look back on 20 years of adulthood, and I think things are getting worse, not better. Really smart people; people whose opinions I respect, are recommending films and books to me, and I can’t work out why, because they’re terrible. I will happily watch Harry Potter and Pirates of the Caribbean on repeat, so I know I don’t have high standards. These books and films are really terrible:

“Stop. Are there any women in it?”

“Well there’s this girl he used to know, and still pines for her”

I wonder if it’s the concentration of personal nostalgia that makes me long for the joy of watching ‘Alien’ for the first time, but then I remember how much joy I felt watching ‘Mad Max:Fury Road’; and how rare it is these days:

“There’s this astronaut who gets stuck on Mars and has to survive on nothing until he’s rescued.”

“Uh-huh. Sounds interesting. Anyone else in it?”

“Oh yeah, a whole bunch of people. There’s the captain of the rescue team. That’s a really good supporting part for a woman.”

“So the lives of half a dozen people and the entire Chinese space program, against the experts’ best advice, are put at risk to save one white guy’s arse…? And he’s the hero? Come back Captain Oates, you’ve got a message this generation needs to hear.”

I started a count just for fun of how many films were made recently where the whole point is rescuing some guy in space, as some sort of metaphor for saving the world, and I ran out of fingers. I thought about ‘Gravity’, and then I wondered if other people have just stopped noticing the endless parade of two-dimensional robo-women who wake up with their make-up already perfect next to guys twice their age. I am sure the female actors involved are doing their best with what they’re given, but what can they do, when most of the writers and producers and directors are men? When the intended audience is all straight, white men? And when the TV and film awards mostly go to men?

“This one’s got mostly female roles. It’s a good sci-fi.”

“But…all the women in it are freaky robot pleasure slaves fought over by the sleazy guy who built them and the ‘nice guy’ who comes to rescue them, and is rewarded with sex!”

I’ve said it before: where are my feisty queer rebels and warriors for change, and, whilst we’re at it, who whitewashed all the faces? And I mean whitewashed: when you’re bringing a biography or a work of fiction to the screen, and you swap your black, female and queer characters and actors for white, male and straight ones, that’s a choice. When you openly defend it as being more ‘sellable’ or ‘relatable’, then you lose all my respect.

What’s been more difficult for me to articulate has been why it matters so much. I mean, who cares, right? Just walk away. I got 100 pages into Jo Abercrombie’s ‘The Blade Itself’ and couldn’t concentrate on the plot because I couldn’t figure out, among the endless parade of characters in this complex fantasy world, where the hell all the women were hiding. I just threw it back on a shelf and pined for the next Gentleman Bastards novel.

Until, that is, I recently had the misfortune to watch ‘The Gift’. Just…don’t. The fact that the only female character in it was a near-silent, neurotic wreck in couture fashion and perfect make-up whose mental health had been too fragile to cope with a proper career just made me sigh. That the whole film was a revenge contest between a former bully and his victim in which the doll-wife was the prize; this just made me glaze over and check my newsfeeds. I started to pay attention again at the part that still haunts me: when this maligned victim’s ‘clever’ revenge was to film himself drugging and sexually assaulting his bully’s wife to make him wonder if he was the father of their forthcoming child. The film’s conclusion gives you to understand that this is kind of messed up, but it’s okay, because she doesn’t know about it.

It left me shaking. I’m sure I’m not alone. Women are not the only victims of sexual assault. But how many men felt their skin run cold watching this scene? I’m guessing it’s related to how few men on a night out worry about what might be slipped in their drink; and who might be driving them home. Bluntly, how many of your average men’s worst fears are explained away as a plot device in a film that isn’t even about them?

This is about more than hating a film. The problem is that when popular culture overwhelmingly tells the stories of one group of people, then other people’s fears, experiences, even their lives, become culturally less important. That matters. When whole groups of people are portrayed as less-than-real on a regular basis, violence against them starts to become part of the accepted scenery. This is the culture that hounds women out of online conversations with rape threats and defends them as a ‘joke’. This is the same culture that tells survivors of assault and violence to ‘get over it’. I was just 18 when I told part of my family that another part had raped me. I hope at least some of you can imagine how much it took to say it. Sadly I am not unusual in receiving the replies: ‘Bad things happen to everybody; you should go get some help if you’re not coping’; and ‘Are you sure you’re remembering it right?’ Again, this was from my own family. The last time I spoke to my brother, he told me I would never be able to comprehend how difficult it was being the brother of an abused sister.

Nobody likes conflict. Nobody wants to talk about the messy, painful fallout of sexual violence. The truth is, if you never talk about it, it’s probably because of two reasons. Either you don’t have to; or you’ve spent your whole life being told that your pain didn’t count. For years, I’ve worked with the bodies and hearts of people in the second category – people who just stopped listening to their own pain and suffering because they were expected to.

I know that for most straight, white men the world still isn’t easy, and mainstream culture offers you a whole feast of easy stories for you to see yourself reflected in. At the end of a tough week, I’m sure that’s attractive. But for the survivors of violence – whatever their gender and ethnicity – we fight to be heard every day. For many of us, for women, black people, queer people, disabled people – every day the mainstream world whispers stories to us in which our lives don’t really matter.

Between all this, the most difficult thing for most ‘good’ white men to hear is that they might be part of this horrible problem by refusing to hear about it. Here’s one fantastic, well-researched article about how these men can be part of the solution. It’s not easy reading, but I hope my explanation can convince them – you – to try.

← Everyone you know is okay
Spinning dreams – and a contest! →