For the love of a planet

by Theo Wildcroft on 17th December 2015 in Blog 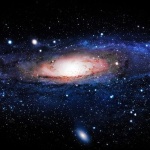 This place, where you are, has been circled on a map for you…

It’s all about perspective, in the end.

Uma tells a version of the Hindu epic Ramayana that I love…it often brings me to tears. It’s essentially Sita’s story, rather than Ram’s.

The story goes that a royal couple, blessed in many ways but not with children; prayed and made offering after offering to the gods for their very own baby. And one day, walking in the fields, they spotted a tiny girl-child, curled up happy in the mud. They took her home, made her their daughter, and named her Sita, after the furrow she was found in.

Now the original epic is many hundreds of pages long, detailing incredible adventures and battles, and gifting the world with the most awesome of heroes – Hanuman. And you can watch an awesome version by Nina Paley here, for free.

But the short version for today is that Sita faced and overcame many trials and tribulations, but most of all she was the victim of her people, and her own dear husband’s doubts about her honour – a doubt none of the many versions of the story share. To prove her innocence, she consented to a trial by fire, not once, but twice. Yet even surviving the flames untouched was not enough to allay her beloved’s doubts. And so it is that legend says, in the end, she walked out of the palace, laid down upon the ground and said: 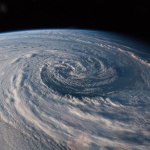 “Mother, if I be blameless, take me home.”

And the earth did – it opened up and took her back to where she belonged.

And it’s this line – this idea that at the end of all our striving and living, the earth will take us home; that we are worthy of that love – this is where the tears often fall.

So here we are in the Northern hemisphere, working through an unseasonable and worrying warmth, with grey skies, rain and an undoubtable shared ambivalence to the festivities ahead. Here we are, slowing down to those few precious days when the sun itself seems to stand still – rising and falling in the same spot each day – and time with it. And yet that stillness, that pause in the year, is the gift of a convergence of forces almost too huge to comprehend. 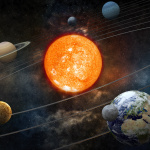 Perhaps the greatest miracle we can remember is this: not the stars ‘aligning’ to hail the birth of any one child, no matter how special; not the living promise of the sun ‘rising’ after the longest, darkest of nights. The greatest miracle is not seen from our perspective, but that of a cold, dark, endless and inhospitable vacuum in which, against all odds, our whole world is held safe.

So on these longest of nights, may you sleep deeply, sleep well, dreaming of that dance of shining giants and know that we, that you, are held and loved.

← Spinning dreams – and a contest!
Self-care and self-risk →