by Theo Wildcroft on 7th January 2016 in Blog, Yoga 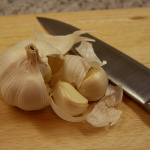 As a yoga teacher, above all, I know this one thing to be true: listen to what your body-self whispers about its needs. Feeling a little sick? Wrap up warm, feed yourself well and sleep. Feeling fidgety at your desk? Get up and go for a brisk walk. Spend lots of time outdoors; stick to natural rhythms as much as you can; take your time and take breaks.

I’m taking things a little easy today, because the little darlings at the respite centre have gifted me with a brand-new microbial colony all of my own. I’m still going to wrap up, gird my loins and go teach tonight. The truth is we yoga teachers always do. We preach self-care dosed up on garlic, ginger, lemon and honey and, in extremis, Lemsip. It’s the first week of January, and new students are jittery about covered and cancelled classes, so, to be frank, I just can’t afford not to go. And, really, it’s just one class. I’ll be fine if I have a lie-in in the morning. 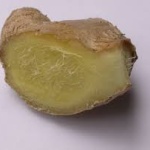 Listen to your body. It’s simple advice that holds a mine of misinformation, a world of nuance and often a decade of practice to begin to master. We are not, in fact, a simple separation of sensible body and monkey mind; layered over an eternal core of wisdom. We are beings-becoming: a tangle of conflicting desires and needs embedded in an ecological web of boundaries and possibilities; hard edges and soft comforts. Every move we make changes our many selves, and the many worlds we move through. Whether at the heart of all that is an eternal core of self…I leave that to the experiential beliefs of the reader. But I know this, refining the reflex desires for late-night internet fluff and cheap chocolate into a good book and an early night isn’t easy. It takes will, practice, and a spare capacity for change that is eaten away by stress, fatigue and anxiety – three generals of the neoliberal troops in this civil war on human and other-than-human dignity.

I know, I’m flying a little high today. Bear with me. 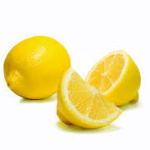 At any rate, radical self-care is an act of real rebellion when it happens in a neoliberal culture that prizes productivity alone. Education is increasingly valued according to its ability to turn out economically productive citizens. The basic human dignity afforded by welfare benefits becomes a reward given only to ‘hard-working families’ who are both productive and fruitful. The wisdom and worth of sick, disabled, or elderly bodies is rendered irrelevant. If you can’t make money, and you can’t spend money, what use are you to The Divine Economy?

In the meantime, we self-care rebels dive into the true needs of the self, on an introspective journey that takes years, but in the end even that on its own is not enough. It isn’t. Because in the end you have to turn that care, that will, that desire for change outwards. You have to re-enter the fight on behalf of others. And personally, honestly, I think that’s the duty of any seeker who has been lucky enough, privileged enough to work out what truly sustains them. You give back to the world for having given you the time and the skills to look after yourself. You pay in the currency you were given: in the body-self, the heart-self you have cultivated. 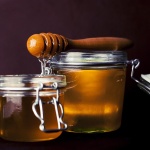 You pack up your health-giving lunch and your inspiring book and your broken-but-always-healing-body, and you get to work, even if it puts that hard-won health on the line. Time and again, when we have the spare capacity, we must choose to enter spaces that are less-than-safe; on timetables that are less-than-natural; giving, sometimes, more effort than we can afford and gaining more scars and more wounds to heal, because the fight is worth it. Because our health should not be won at the expense of others.

It’s complicated. There are no easy answers, and no guarantees of reward, as ever. After more than a decade of practice, I might get the balance right more often than not. Maybe. The most advanced yoga is a combination of self-care and self-risk, where the results can be truly revolutionary. It’s practiced in prisons and hospices and respite services and shanty towns. Like the One Spirit Ashram Kitchen: