by Theo Wildcroft on 4th February 2016 in Blog 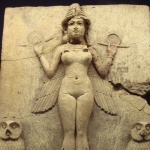 Epistemology. It’s one of those words commonly used by academics that sounds like jargon to other people. But like a lot of common scholarly words, the reason it’s not used in everyday speech isn’t because it refers to something with a simpler, common name. There isn’t a common word for epistemology, because the whole concept, and thus any debate around, it is mostly missing. I find that fascinating because if there’s one thing that’s changed for me more than anything else on this doctoral journey so far, it’s my understanding and awareness of epistemology.

Put simply, what we’re talking about is the question of how we know what we know.Not as in:

Well, I know that inversions are great because my teacher told me so.

This is what I accept as knowledge. This is true, to this degree, in this context.

Let’s have a simple example. I ‘know’ the sun rises in the East. That is a thing I accept as true with reference to my own perspective, because I watch it happen and I know how compasses work. But I also ‘know’ that science tells us that we in fact orbit around the sun, and it doesn’t rise at all, it just comes into view around the horizon. I might also ‘know’ that the Sun is Surya, the Sun-god; or that sunlight is the power of Shakti, whilst the Sun itself is the face of Shiva. Which of these things do we accept as true, in what contexts, and what does this tell us about our attitudes to knowledge?

If you’re not speaking from a common frame of epistemology, there can be no meaningful way to debate. Any non-Christian who has argued with someone who ‘knows’ the Bible to be literally true has found this out. When your opponent states: But I know this because the Bible says so; they’re speaking from a completely different understanding of what counts as knowledge.

One common complaint levelled against academic scholars of culture, including yoga, is that we only ‘know’ as academics, and this can never match knowledge gained from within the community. We’re told by some that you can’t ‘know’ anything about yoga unless you’ve practiced with a ‘real’ guru for ten years or more. Leaving aside the fact that many scholars of yoga have a long-term personal practice as well; academic scholars spend more time questioning and debating the nature of their knowledge than any other group I’ve been lucky to spend time with. Every serious, respected piece of research includes a discussion about the nature of epistemology. To give another very simplified example, my own doctoral research will go something along the lines of:

This list will be the essence of a whole chapter on what methods I chose, and why, and what it means about the data as knowledge. At various points, my research will be shared with other academics, and this ‘peer review’ process means other people are constantly checking my workings, so to speak. Any piece of hard-won knowledge in the thesis will either be backed-up by showing my own research methods or by explicit references to knowledge in previous peer-reviewed research. I can’t include anything I haven’t found out myself without including a reference that allows other people to track back and check I wasn’t misreading or misreporting what was said.

Honestly, returning to academia has made me much, much more sensitive to the nature of what is claimed as knowledge. When a friend shares an article from some website saying ‘scientists say turmeric cures depression’ or ‘new research says chocolate makes you lose weight’, I don’t accept it as true unless I can find a peer-reviewed article about the research. Most of the time, I find that the actual researchers said something like: We found something interesting in these very specific circumstances, working with a controlled extract of the substance in question. We don’t think you should generalise from this without a lot more research. And so, listening to, and reading yoga practitioners and teachers, one question is always at the forefront of my mind:

How do you know what you are telling me is true?

In truth, I believe that yoga is in the middle of an epistemological crisis. We ‘know’ things in yoga for a whole mess of reasons, some of them contradictory, and none of them accepted by all of us:

I’m sure you think some of these are valid; and also that you can add your own. If you tick them all, you should get some sort of bingo prize, I reckon. At the moment I have a favourite epistemological reasoning – because it tells us so much about how yoga thinkers and teachers currently ‘know’ what they know. Here it is:

We discovered someone’s scientific theory for how this aspect of the body-mind works (such as infant development or muscle memory or golgi tendons). From it we extrapolated a technique that we developed with our own bodies and tested with a self-selecting, eager group of students. This anecdotal evidence gained the status of scientific fact by association within our community, all of whom want the practice to work.

It’s very common in modern holistic disciplines of all kinds – it’s the basis of everything from Feldenkreis to Anatomy Trains to Somatic Yoga. And that doesn’t mean it isn’t true. It just means we need to be clear about the status of the knowledge. Something that is extrapolated from science and used as the basis of an experiential technique is still experiential, not scientific.

In other words, we need to be clear about how we know what we know. Since I started the PhD, I now tell my students not only what I know, but how I know it. Some things I ‘know’ because it works for me and other students. Some things I ‘know’ because yogis have been doing them this way for 50 years. Some things I ‘know’ because I’ve read scientific or historical studies. Some knowledge is anecdotal; some is gut feeling; some is inspired by ancient texts or modern philosophy or poetry. If we don’t ask, and don’t talk about how we know what we know, we’re going to keep repeating ‘knowledge’ that we’ve been passing from teacher to student in the world’s most holistic game of whispers since great charismatics like Iyengar and Jois made it up.

And if we can’t handle the evolution of yogic knowledge, we’re going to keep getting injured, and become increasingly irrelevant. So let’s start asking how we know what we know. Epistemology counts. Ready to hear about ontology yet?