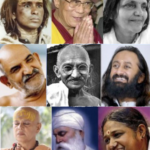 Phil and I were at the Beltane Bhakti Festival last weekend, drinking deep of that rebel heart of devotion within alternative British yoga culture. This is the latest in an occasional series of events at which the UK bhakti community gather. There were devotees of multiple gurus, and more besides like ourselves who have no guru. The communal altar was crowded with their photos and divine murtis.

I have well-documented reservations about the system of guruhood, especially in its more modern incarnations, but there is no attempt to convert here; and little sense of insiders with privileged access and outsiders looking on. This is probably due to the generous, sensitive holding of space by the Babaji followers, who ask only for a devotion to ‘truth, simplicity and love’.

They mean it too – we are encouraged to ‘consume less and contribute more’ in very concrete but still optional ways. There are speakers here representing Polly Higgin’s Ecocide Law and The Compassionate Revolution ask us to consider pledging to social disobedience. Phil and I (mostly Phil) put together a quick little film of the event here, which gives you a real sense of it.

But the revelation of the weekend for me brings aspects of all this together. Singing my heart out to ‘the one who hears’ in ‘the jasmine garden’, I realise that the essence of the ritual puja here is to totemise – to create a living relationship to a deity or aspect of deity through a representative object. We recognise and even instil life into murtis in the form of statues and images as they are bathed, decorated, fed and adorned. As one of my research respondents says, this is an intimate process – a recognition of this living aspect in oneself as much as a divine other.

It gets me thinking. I am, through and through, an animist. Life is in everything. Life is everything. I recognise that some things are breathing, moving, and others not, but nothing is inanimate to me – all things have life. I’m also fond of Terry Pratchett’s idea of the small gods – the gods who come into being through our belief in them. So the gods grow on our altars and in our rituals, as we feed them with song, and offerings and so on.

So I ask myself why? Terry Pratchett was on my mind, and he once wrote that humanity believes in the little lies – the tooth fairy and the like – as practice for the big lies of justice and order and love that we bring into being in a chaotic universe by the power of our conviction. In bhakti we call to gurus as the external representation of a perfect inner self that I am not sure (yet) exists.

And this myth, this lie of order and inner perfection allows us to evolve; casting ourselves into the more enlightened futures of our collective selves.

And so, as an animist who believes in all this, I think that in waiting for the gods to come to us, we are missing a great source of evolutionary power. As a radical at a time of struggle and change; as someone who believes there is no separation between the spiritual and the political; as someone who grew up wounded and marginalised and told that this is the only way life could be – my faith is bigger than any deity. It is an unshakeable faith in life itself, and the possibility that things could get better.

So I’m asking for help from fellow radicals and those, like me, who were taught not to get into bed with every deity that came smiling along; those who knew, like Cixous, that “there was always one god or other, lying in ambush at the right place, with his reassuring look of an enigma personified” (Cixous and Sellers, 1994: 62).

If we were to call a pantheon into being sufficient to the changes we wish to see, who would it contain? Who would we call into being each day with our offerings?

Could Themselves of the Rising Waters be our ally in the face of climate chaos? Could Themselves of Frugal, Earthy Abundance help us see through the lies of entitlement and austerity alike? Could The Weaver of the Light of Knowledge help fight misinformation, spin and online paranoia? How would the Wounded Warrior show us how to step into power? What would the divine representation of the marginalised, the disabled, the silenced and the despised look like? What mischief could we channel when a divine gender-fluid, bi-sexual, wicked and wild highway robber steps out of our fantasy novels and onto our altars?

Tell me what they look like, what they bring into this world, what offerings they require. Help me dream a Radical Pantheon into being. Bring me your stories, your images, and I’ll post again with your ideas. Let’s crowdsource the divine and light a different kind of fire on our altars. May we call into being a pantheon sufficient to this glowing day. 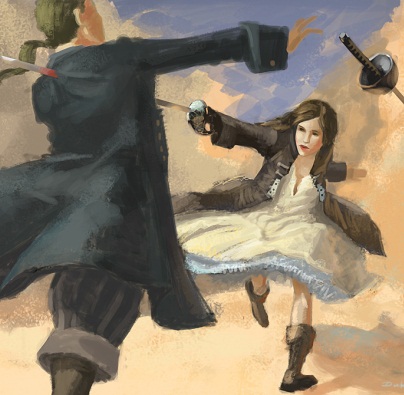