The Responsibility of Writing 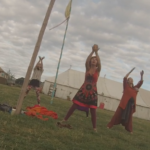 There’s a point, when the data is mostly in, and the analysis underway, and you’ve got a rough literature review and a sort of introduction and a stab at your methodology chapter and it’s time. It’s time to start writing the thesis proper.

To be honest, every few months in this process I feel like I’ve scaled another cliff of understanding, only to find a new one rising in front of me. Still to come is a deeper dive into the form of movement, and how it relates to intent and identity. But nonetheless, in a series of big moments, this is another one. The first two data chapters are written now. The first ones that say – these are the new things I have found.

I guess that is tough enough for all researchers, but there’s a unique flavour to that process that comes from being a researcher from within the community you’re researching. I confront a very important series of questions: what is it that is unique, and special about this culture? What is it that’s relevant to the world at large? How do I tell these stories of real people, real lives, and be true to them, and true about them, when those are not always the same thing? How do I balance my respect, my fondness, with a clear eye for a larger truth? How do I decide what you need to hear as well as the wider world?

And for me what’s becoming clear is how unknown this all is, within the wider world’s idea of what yoga is. Between those who would return yoga to some mythical origin point for political reasons, and those who reduce it to a standardised, safe form of stretching for corporate health, and those who pronounce you ignorant of either its roots or its real purpose, you carry on largely unseen.

You who fight standardisation and commercialisation. You who move quiet mountains to help a few people be a little more in touch with themselves and their bodies. You who move through crises of faith and broken promises and can still find a kind of devotion in the practice. You who sit with an indifferent world and believe in goodness. You who take course after course, read book after book, and never, ever stop learning and testing and experimenting. You who can be sentimental and naive and gullible and uncritical but never uncaring. You who take your anxiety and illness and depression and injury and sift gold dust from it, in the hope others might benefit. 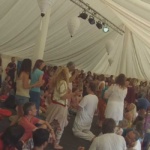 You who will never be glamorous enough for the front of Yoga Journal, or charismatic enough to fly in and teach a workshop of hundreds, because you would never claim to fix people, and never reach for false hope and easy answers. You who gave up having all the answers, but stayed with the questions. You who were ostracised from those yoga spaces where questioning authority was taboo.  You who scrape a living and still offer the best of yourselves for free.

I’m going to tell your story, because you have no idea how important you are.

And if I can hold a mirror to you, perhaps you will see your selves as you are, standing in the heart of a long and varied history of spiritual activists. Perhaps you will know how strong you can be, and step up even more. Perhaps the communities you minister to will cherish each other a little more. Perhaps other yogis will blossom into action, and other activists nourish their inner yogi.

Because the academics who said this of modern yoga:

“In a sense, the most troubling aspect of many modern spiritualities is precisely that they are not troubling enough. They promote accommodation to the social, economic and political mores of the day and provide little in terms of a challenge to the status quo or to a lifestyle of self-interest and ubiquitous consumption” (Carrette and King 2013: 5).

They hadn’t met you yet. 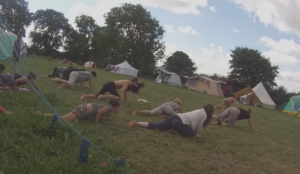 ← Rising Up
Summer school of yoga →