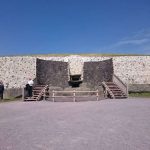 Last week, the husband and I went on a tiny adventure: five days in Ireland. It ended up containing almost all of our favourite things: yoga and geeking out, permaculture and earth politics, faeries and standing stones, prehistoric sites, epic landscapes, road trips, old friends and new, and a lot of laughter. Oh, and a souvenir signy-doodle. More on that later.

It also sort of, partly, counted as work, which on a good day doesn’t mean fighting with NVivo software, trying to refine the same sentence for the tenth time, filling out progress reports, or stressing about word counts. On a good day it looks like rambling conversations sat in the sunshine, trying to scribble legibly in a tiny notebook when inspiration strikes in the middle of being driven down country lanes, and waving your arms about excitedly and babbling about lateral and contralateral movement to your bemused partner. 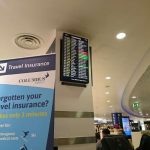 Not having a lot of time or funds, we opted for the easy option of flying into Dublin, but between delays and parking and airport security, we think it might actually take less effort to go on the ferry next time. We’re both unclear as to why Phil opted for seats across an aisle, but I’m sure the flight attendants were amused at us passing puzzle books back and forth. You mean you don’t do crosswords as some sort of joint cooperative-competitive game, taking clues in turn? You’re missing out. 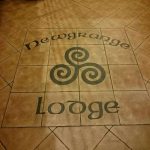 We picked up the hire car, installed himself as designated driver and reached the rather strange but overall charming Newgrange Lodge, which is a hostel that thinks it’s a hotel. This meant that we were on the first tour of Newgrange and Knowth in the morning. If you go round the visitor centre of a prehistoric ‘ritual’ site with me, you’re taking someone who worked for the National Trust and is a researcher of religion, and things can get a bit…analytical. I mostly confined myself to diatribes on their definition of ritual and playing heritage site photo rules. To win, you must take a low down shot, keep out the people, but include big skies, and frame it so there is absolutely no sign of modern activity that doesn’t use natural materials, except possibly an interpretation board. Bonus points for mist. 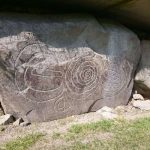 Overall the management of the sites is pretty good, and the tour not too intrusive. We got to wander a little on our own, and at Newgrange they fake the solstice alignment for you, so you get at least a glimpse of what it might be like. It is a place of sun fire and flowing water, fertile valleys and stark monuments. The thousands of years that have passed since its creation have eroded the culture and politics of the people that built it, leaving a sense of pure symbolic essence: spirals, sunlight, alignment, stone. But I missed the sense of evolving, ongoing use you feel at sites local to us: the cloutie trees at Avebury and the well-meaning ritual litter. 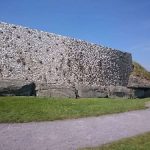 Of all the prehistoric sites I love, I remain most connected to Uffington, and the repeated, ongoing act of remembrance that carves and pounds chalk over and over, year on year, into the land. Stone is so much more dominant, especially on this scale, so easily outlasting its relevance and its own creators. Knowth at least was used again and again, by different people at different times. Newgrange is silent, contained, holding its secrets. But nonetheless, when the lamp came on, tracing that line of ersatz solstice fire into the heart of the tomb, it took my breath away. 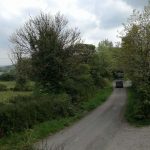 That night we arrived just short of the Burren, at our home for the next few days, as the guests of the most clever and genuinely lovely Mark Singleton, author of one book still causing controversy in transnational yoga culture (‘Yoga Body’), and co-author of one destined no doubt to find its own supporters and detractors (‘Roots of Yoga’). We cooked and ate together, and went for a dusk walk past a local haunted ruin, and talked about the nature of ghosts as being inside your head or out. Back we went in time to greet Mark Boyle, another famous writer (‘Moneyless Man’), who had arrived home with fishing tales of the one that got away. This evolving household of people are exploring foraging, fishing, growing, brewing, and other experiments in green community self-reliance and the gift economy. 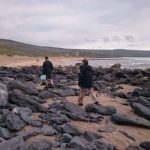 These days, compost loos, self-built cabins and wood-burning stoves feel a lot like home to himself and I, and we slept well, burrowed under quilts under the eaves. The next day was mostly filled with rambling discussions about scholarship and yoga, planting beans, and a tiny adventure to the coast, where there was a suspicious lack of seaweed, but a good haul of wild samphire, and Phil and I tried and failed to fish. Mark generously blamed this on our equipment, but it built up an appetite for the beer, roast pike and potatoes eaten with friends almost straight out of the pan. 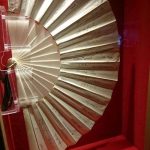 The next day we decided to leave everyone to get on with their days and set off on an epic road trip. We explored Lady Gregory’s Coole Park, where it turns out another yoga friend – Jack Harrison – designed the interpretation. We stopped briefly at Yeats’ tower, but it didn’t look that much fun to go in. Lunch was in Galway at the slightly self-congratulatory Temple Café (it’s a very good sandwich, but it’s not going to heal the world). 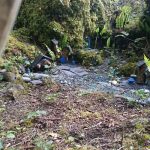 Then off to Brigit’s Garden, which was a delight: brimming with charm and filled with pixies of all sizes and colours. Despite trying very hard to slip the leash, I did not get stolen by the faeries. This is mostly because they know trouble when they see it, so they tend to throw me back. But spending the morning in a gentle trance state did wonders for the creative juices, and put us in the mood for more epic exploration. 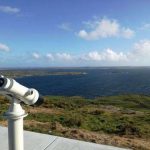 We set off through Connemara for the coast again, stopping for rainbows and one stunning view after another. Driving through the mountains reminded us a lot of the Western Isles, and reminded me how much I love our road trips together, high on contraband sweets, music playing, in happy and chattering companionship. Of course it’s even better if he does all the driving. This day we took one loop of the Sky Road too many, and ended up racing back to base tired and sore, in the gathering dusk. We grabbed roadside pizza for fuel in a place the map and Google assured us was Costelloe – Phil’s family name – but there were sadly no signs to stand in front of and take a photo.

We arrived back late, but not too late to meet Mark and Brian at the local bar for folk music night. We only managed one or two tunes before taking himself back to settle in, but the music was fun. Apparently the right number of accordions for a trad Irish band is pretty infinite. This jam had four, but unusually only one bodhran. A cup of tea back at base and a late night shower was bliss thanks to the solar water heating and the sunny weather we’d been having. 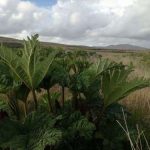 In the morning Mark and I looked over some things for my thesis, and he was extremely generous with offering help, and only partly because I think it physically pains him to see Sanskrit bare of its diacritical marks. I also asked him to sign ‘Roots of Yoga’ for me (known in our household as a signy-doodle for obscure reasons). I thought some more about these common interests: yoga, ecology, self-reliance, a quiet but ethical life, and how often they co-exist within this little slice of the world where everyone seems to know everyone else, seems to have tried the same things, come to common conclusions, and often even lived in the same places, in the same ways. There’s a post-lineage UK yoga bingo game to be made with squares for Suma orders, VW vans, people you know doing a PhD later in life, and friends with land in Portugal. 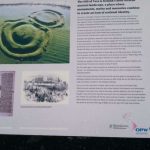 Then Phil called time on the conversation, and off we set, stopping for a surprisingly good lunch in Portlaoise, and a disappointing raid on a toy shop (plastic, plastic, and very little real fun). Then we zipped up to Tara, because every pagan has to at some point. It was nice, if a little over-enthusiastic about itself. Between them, its four shops could give Glastonbury a run for its wide-eyed, New Age, authentically mystic™ money, and there was a guide talking authoritatively about Reiki lines at this site where Irish kings were crowned. 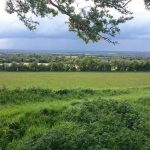 We can never resist a good earthworks though, and the weather coming in across this fertile plain was mesmerising – black clouds and curtains of rain many miles wide. Time to go. But of course our flight home was delayed, and I played Useful Co-pilot to help himself stay awake all the way home, arriving at nearly 2am, to a cat for once too confused and sleepy to shout at us for going away. That was Sunday night, and although it’s thrown us into the week a little on the left foot, still catching up with ourselves is a small price to pay for such a lovely and epic tiny adventure. More of this please.

← Once upon a time
Gossip and gut instinct →