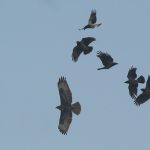 Once upon a time, I was slipping out of a friendly naked sauna when a guy I vaguely knew said ‘See you later” and lightly slapped me on the rear. It wasn’t a big thing. It wasn’t an assault. It was the kind of thing a guy could do through social ineptitude or clumsiness. It wasn’t something I could call him out for. And yet for a moment I froze.

There was this other guy I’d had bad experiences with who was trying to make friends with me and he reached out his fist for a bump, which I didn’t recognise at first because I don’t think I’ve ever fist bumped someone in my life. Anyway, I hesitantly put my fist forward and as I did he said ‘Touch me’, and for a moment I just froze.

And then there was this guy I’d slept with. In a moment of vulnerability he said he envied women like me, and his new girlfriend, because we knew who we really were. You know, because we’d both had our lives threatened during sexual violence. We’d been proven, tested. Before I let him know exactly the kind of things you find out about yourself when you think you’re going to be killed, for a moment, I froze.

We don’t talk about it publically, but sometimes there are people who help us join the dots on behaviours that aren’t creepy enough to be abusive, but ring somehow as a warning. Usually those people are other women. A teacher of mine once said that gossip had to be made a sin because it’s a social survival mechanism for the almost powerless. For good or evil, right or wrong, true or false, gossip is the glue that kept traditional communities together, an early warning system and in extremis, call for sanction. Of course it’s traditionally our sin, a woman’s sin.

Don’t get me wrong. I know you know the statistics too. A young man is more likely to be attacked by a stranger on a night out than a young woman. The rates of female-on-male interpersonal violence are highly under-reported. Entire generations of working class boys have been lost in wars. The luckiest thing ever to happen to my grandfather was being too slight to become a miner. People are the worst, right?

But none of that changes the fact that throughout recorded history, as women and children, we have suffered horrific levels of violence from people we should have been able to trust. Fathers, stepbrothers, cousins, teachers, ministers. Lovers. Friends. Colleagues. And generally, our injuries have gone untreated, our stories publicly unbelieved. When being a woman intersects with other marginalisations and oppressions, the rates of violence, and the depth of injustice, reaches truly epidemic levels. Disabled women. Women of colour. Bisexual women. Transwomen. If your identity covers one or more of these, you’re lucky if your life has never been threatened.

Whether we realise it or not, the only reliable social technologies we’ve evolved to cope with this are gossip and gut instinct. If our gut instinct tells us something is off, we find a trusted female (or sometimes queer) mutual connection, and we privately ask them what they think. When one of us is publicly torn down for calling someone out on their bad behaviour, we privately connect with our own experiences in sympathy. Every woman I know maintains a mental list of men they cannot afford to eliminate from their lives, but will make sure never to be alone with.

I’ll admit, I have that gut instinct on a hair trigger. I spent my adolescence watching a brooding, toxically angry adolescent and his charming, passive aggressive father closely, trying to predict and avoid the moments when they would lash out, and the moments when they would manoeuvre to get me alone. I’m not saying I can reliably identify a predator. I’m saying that if someone’s friendly behaviour isn’t consistent with the rage behind their eyes, I’ll freeze. If they reach out for a friendly pat but there’s more salacious intent in their mind, I’ll freeze. If they attempt to groom me – to connect with me on a personal level with more manipulative intent in mind – I’ll freeze.

I freeze because that’s the first defence of the powerless. Fight or flight is for someone who’s more than half the size of their predator. I was a bright kid. I knew I couldn’t win, but I could, and did survive.

There are many things about internet culture that disturb me, but one is the number of men I come across that provoke that momentary freeze response. Men who think women owe them sex. Men who find demeaning women erotic. Men who haven’t had the successes they think they deserve, the awesome life they were promised. Men who confuse privilege with power. Men who rage against clever women, bright people of colour, because they can barely keep up with them. Men who say horrible things about fat and disabled people, about anyone they feel bigger than, and then say we have no sense of humour. Men with incoherent arguments that always come down to the class issues activists have talked about for decades. Men whose rage is palpable, and who punch down because they never learned how to punch up.

And it’s odd, because my life, and probably yours, is filled with awesome men. Some of them are disabled, or trans, or black, or queer. Some of them had even shittier childhoods than mine. But many of them are straight, white, cismen who know that privilege is complicated, and that if their lives were hard, it wasn’t because they were men. Above all, they’re people who treat us as human beings, not as a cipher for every girl that was mean to them, or a repository for all of their gender-based hatred.

But if the internet is the home for the id of the world, it’s also dominated by social media, and social media is gossip on steroids. I don’t think anyone can really play effectively unless you get that. Without it, you don’t form the bonds that are made when two women on different continents privately message for the first time, validating each other’s concerns about the viciousness of some guy’s edgy status update. Men can, and do play too, but they have to learn how to freeze, to gossip, to find their gut instinct to do it well.

They can sneer at us for freezing – for being triggered by them – but they’re forgetting what a trigger can be. Sometimes being triggered is just a useless reminder of a shitty past, a moment of mental health exhaustion. This is especially true in the early days of recovery, when the most random elements of somatic memory can trigger a panic attack. A red ribbon. A certain sports team. A particular make of truck.

But given time, and healing, and self-awareness and luck, triggering is a visceral early warning system beyond compare. It is discernment and abstraction embodied in action. We freeze. We take a breath. We quietly look for help triangulating what’s really happening. We get safe by subtly blocking the potential predator out, smiling all the time. We’re learning fast how to do that online, just as we’ve always done it in person. And every time we get triggered, we freeze, and we learn some more.

← A Tiny Adventure
Meet the children →