by Theo Wildcroft on 28th September 2017 in Blog, Yoga 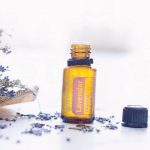 Just a quick post today. A friend asked me to comment about the recent rise in essential oil MLM franchises among yoga teachers, so I did a little online research and popped something on Facebook which went so viral and got such interesting feedback, I thought I’d share it, for UK yoga teaching friends in particular, who may be wondering why all these DoTERRA logos are suddenly popping up.

The only people pushing back against this information when it is shared are deeply invested in the company themselves, and understandably concerned about the negative publicity. They also do not want to hear from anyone suggesting that their early investment in the scheme might not pay off, and if they are earning some money from it, they do not want to hear that this is at the expense of other people. The yoga teachers involved in this are good people, and they mean well, and they have been very carefully targeted and marketed to. I have no investment in the success or failure of these schemes, but I am alarmed by the kinds of tactics MLMs tend to use, and I am open and unapologetic about my preference for non-commercial yoga culture. (Non-commercial doesn’t mean no money changes hands, it means that profit is not the primary motive. I appreciate that this can be a subtle distinction, but I think it’s worth trying to maintain it.)

However, it’s worth mentioning that the only person to contact me privately teaches at a studio where she feels DoTERRA is creating an ‘us’ and ‘them’, elitist separation between those who can afford to invest and buy the products, and those who can’t, and she didn’t feel able to voice her concerns publically, for fear of further isolation. That really alarms me.

So here’s my opinion from looking into it.

DoTERRA is a multi-level marketing scheme. This is legally different from, but barely better than a pyramid scheme. It sounds good, but:

In short, this is a neoliberal wet dream, and if you consider yourself a political radical, or a feminist, you really don’t want to be supporting this.

85% of DoTERRA distributors make no money or lose money on their ‘business’. I’m not an economist, but I do know about MLMs, and I know that if you’re paying, and not earning, then you’re not the business person, you’re the customer. There’s a bigger political issue, about women, under-employment and social connectivity, which means that women are more likely to be targetted by, and fall for, MLM sales pitches. This really is a feminist issue, and a political one. And it’s barely legal. In fact it’s the kind of legal that we associate with sub-prime loans and hedge funds: part of the dirty end of modern capitalism.

DoTERRA are everywhere in yoga studios in the US, and people are getting very disillusioned. Which is why I guess they’re moving into the UK market. Forever Living are not far behind.

Here’s a few links. You can find plenty more if you search:

I’m afraid for me it all adds up. The only coherent criticism I’ve had in response beyond ‘you don’t know, you’re not in it’, is that most people don’t make money because they don’t try hard enough. I don’t believe that. And the cherry on top of this particularly distasteful cake is the many, many web pages out there that instruct people on how to run MLMs, and how to find targets to sell the idea to.

In fact, here’s a page that sells contact details for people just like you, for MLM businesses to target. You’re worth about $2.