by Theo Wildcroft on 8th August 2019 in Blog 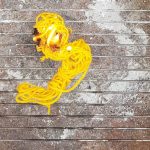 Lineage is not heritage is not culture is not faith is not history and cannot be learnt in a weekend.

But you can be certified to submerge profoundly disabled people into warm water in an afternoon, if you prove you can turn the handle on the hoist and shout really loud.

Yoga is more than and yet equal to practice and cannot be bought and sold, but can be trafficked and prostituted and counterfeited until who can tell the difference anyway, in the marketplace of what passes for ideas.

I have friends holding tight to a belief in the gift economy and the true north of a creative commons license in the face of folk with a really good social media strategy and no ethics at all.

Meanwhile others have a net worth of millions and people lovingly dote on their otherworldliness, accompanied by photos of spiritualised sexual assault.

Meanwhile the planet is burning.

There’s a fragment of a half-remembered story running around my head, in which a close ancestor was forcibly removed to their parish of origin because the poor shouldn’t be allowed to travel.

Reminders of the Poor Law and the Enclosures Acts and a promise daily broken crash against my knowing that it is only through (neo-)colonial exploitation, extraction and industrialisation that we ever escaped the workhouse, indentured servitude, the mine and the factory gates.

And that is sewn into my seams so deep that I have to remind myself that we do not need the money badly enough for me to take time out from a million deadlines and commitments to do someone else’s admin for pay.

Meanwhile there are those who think collapse is better than this slow death, and every scholar I know is trying to tell them that the suffering of the vulnerable will be unbearable. But who needs the humanities, anyway?

And I hear Himself singing to Hanuman as I sip my daily caffeinated sacrament, and I now know that bhakti has always been subversive, always overflows boundaries.

The rising cadences of Nusrat Fateh Ali Khan echo in our memories and Jay Krishna lets slip the secret offering at the heart of every havan.

Sanksrit is a language of both purity and power. It sings in our throat with longing.

But Kashmir is in lockdown and white yoga teachers shore up caste and sectarian divisions born out of indigenous conflicts and weaponised by the British Empire, because colonialism has become our ground state of being.

And deep in the heartland, a dam is close to bursting.

A bare handful of Ashtanga teachers and no Satyananda teachers turn up to bear witness to a circle of grief and power unprecedented, at least until pale copies of our voices and domesticated versions of our wild calls for justice make their way into the spaces where people have always sold their silence, and now re-mortgage that contract with ours.

And yet, and yet, 50 other people do bear witness, and this is a song cycle of trauma and healing, epic in nature, still being edited to share with the rest of you.

So keep asking yourself, who’s really earning the money and who moves too smoothly from revelation to rebranding, taking the power dynamics and slipping them underground, like hawks who’ve learned to mimic the murmuration?

You can recognise them by their inability to understand change except in marketing terms – academic descriptions are read as brands; exposes, as profiteering.

Grief and trauma are marketing opportunities. Consent is a rockstar and his groupie.

I turn the ignition and wander the lanes on a well-worn route to bare handfuls of students, and I’ve held space for more tears than I can count this week.

So forgive me if I’ve had just about all I can take of middle aged white men who think age is a guarantee of wisdom, buttonholing young women to diagnose issues they will never face.

The sheer arrogance of that taking-up-of-space must be some kind of sickness, but I’ll be fucked if I’m going to be the one to offer another soft space to land for a manchild who’s had so many chances.

Half a world away, parents are taken from their children, and they’re arguing the exact definition of a concentration camp.

Still for many of us, mats arranged in complex room requirements are a kind of church, a place we come to, to heal our hurt, where a labyrinth of harm and healing must be navigated.

We come back, again and again, reaching out beyond the skin that holds us, to breathe and move and, yes, sometimes to cry together.

These are the spaces in which we are supposed to learn to feel, to voice consent, to find our feet.

We’d better find them soon, because borders are incompatible with a warming planet, and we just lost 11 billion tons of ice to the ocean in a day.

And all I have to offer is this practice, this heart, this messy journey, this slippage of metaphor and analysis.

All I have to offer is a dark dream, and not enough time to dream it.

So I offer it back to the webs that hold me, in defiance of those that would extract it and sell it back to me.

Even though I’m ever more aware of who’s not in the room, and the time running through our fingers, and a young boy fighting back homesick tears when the only home he’s ever known is not safe for him, and the promise of a baby girl grown up returning to the water like a womb, and a circle of refugee boys that can only sleep curled up in a pack for safety.