Separate the teacher from the teachings 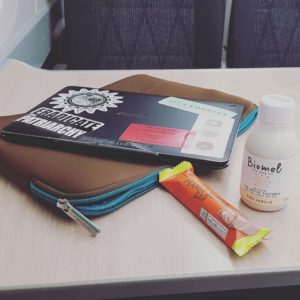 It’s been a roller coaster of a week for ethics in yoga teaching. Credible accusations emerged about unethical sexual relationships involving one senior yoga teacher. Another was (finally) stripped of his certification after a string of well-documented cases of assault. A painstakingly-researched article landed. It details not just sexual abuse, but institutional collusion in that abuse. And still the echoes and faultlines are spreading through Ashtanga and Satyananda Yoga communities, supporting those who are still teasing out the long-term implications of those scandals for their beliefs and practices, communities and livelihoods. And behind the scenes, there are more stories than I can tell you, too fragile and libellous to share, but too many to discount all the same.

Some days it feels like the work is never ending, the emotional toll is high, and there is little time for writing, for teaching, for scholarship, between the calls and the consultancy, the advice and the support. Some of it is paid work, but never by those who should be bearing the cost. It’s not paid by the organisations who have profited from the silencing of victims to the tune of millions of dollars, nor by the abusers themselves.

The cycle at least is getting faster. From allegation to corroboration to public discourse now happens breathtakingly fast. This is good. But there are clear patterns in the responses to these cases, just as there are patterns in the abuse, and today I want to focus on one you’ll hear quite a lot:

“We need to separate the teacher from the teachings”

I have never really understood this. Why would you want to learn modern yoga, which is an embodied practice that is said to convey practical, ethical benefits for living a good life, from someone who isn’t able to control their own behaviour?

That leads to a more fundamental question: what is it that you want to be taught by a ‘senior’ yoga teacher?

In its long and diverse history, practices known as ‘yoga’ have been associated with self-mastery, with right living, with spiritual advancement, and, most importantly for this issue, mastery of the universe. Hidden in the sacred texts are promises that the practice will enable you to bend the world and its inhabitants to your will. Power is promised, as often as equanimity. This is not unique. In many initiatory, practice-based traditions, spiritual power is historically associated with a need for ethical boundaries, not productive of them. In other words, the practice gives you immense power over others, such that each practitioner needs a strong ethical code as a boundary against perverting and abusing that power.

If we can get clear about our intended outcomes for practice, then we can be clear about what we are prepared to tolerate as a side effect of the teachings.

Say, then, that what you’re seeking is great spiritual power. That is an amoral force. It can be used for good or ill. In order to learn it, from a truly powerful teacher, what are you prepared to accept as collateral damage? If they are an abuser, just how many victims of violence are acceptable? 1 in 100?  1 in 1000? Most importantly, is this the power you want to learn how to channel – that which is dependent on the oppression of others? Does that sound ethical to you?

If instead you believe that it is possible to find a teacher that is both powerful, and ethical, you might want to bear in mind that paying convincing lip service to ethical conduct and playing the part of a charismatic and tender healer is a standard skill that is honed by predators to a fine and convincing edge. Every abusive, charismatic yoga teacher has managed to fool the majority of their students into believing they were a paragon of ethical behaviour.

If on the other hand, what we wish to learn together is ethical behaviour and not spiritual power, then the behaviour of the teacher must be of paramount importance. If such a teacher gives convincing lectures about how to live ethically, but is themselves an abusive person, then either they are deluded (and can teach you very little about self-awareness), or they are unwilling to control themselves (and can teach you little about discernment or right action), or they are deliberately lying to their followers for personal gain.

So many teachers studied with these men, and sorted the dross from the gold in their teachings. They gambled their bodies and hearts to do that, and still developed ethical codes for their own relationships with students. Other people studied with these men and just found a convincing and comforting cover story to justify their own desire for power over others.

We get to choose which of these teachers we want to study with, and I, for one, see no reason to learn from those who argue over the finer definitions of consent while entering into relationship after relationship after one-night stand of coercive, secret assignations with vulnerable students.

I know that definitions of consent tend to differ starkly along generational lines. I hear from a lot of over 50s who think it is possible for an adult, even a student, to consent to sexual contact with their teacher. When you consider how that sort of behaviour is treated between lecturers and students in a college, or how HR would respond to sexual contact between a senior manager and a subordinate, or how seriously it is taken between a therapist and a client, I have to tell you – you’re on the wrong side of history.

But even so, I don’t, honestly, care whether such acts by a yoga teacher and their student would lead to a criminal conviction. That’s like a 40-year-old who argues over the age of consent to defend their pattern of hitting on very young women. If you’re having the argument, you’re already not someone I want to spend time with.

We can choose not to put up with that.

The past was a different time, but not one where sexual assault was acceptable, in any context or culture that modern yoga developed in. Such behaviours have always been considered to be on a spectrum from unethical to outright criminal. The only difference is that they were sometimes seen as endemic and thus inevitable. The responses were more ‘what can we do?’ than ‘there’s nothing wrong with that’.

But we can do better.

We owe it to ourselves and our students to do better. And as an overwhelmingly female profession, we owe such justice to our younger selves – to the fact that so few of us made it to full adulthood without being damaged by men just like these. After all, so many of us came to the practice of yoga to heal those same scars, not to suffer new ones.

The world is not short of good yoga teachers. We don’t have to separate unethical teachers from the teachings that they corrupt, any more.

← What would it take to walk out?
Unskilled and undocumented →